TAPAS-TYPE meals are proof that the concept of sharing is overrated, it has been claimed.

Researchers visiting ‘small plate’ restaurants found the experience to be deeply stressful and not as good as conventional ‘big plate’ dining.

Professor Henry Brubaker of the Institute for Studies said: “We are conditioned to believe that sharing is intrinsically good, but in fact it’s just annoying.

“Our group ordered four dishes each with the idea of pooling resources.

“The most appetising-looking ones were instantly consumed, leaving only the potato salad and a bowl of minty peas that was the ‘obligatory vegetable’.

“So we see that sharing doesn’t benefit everyone. In fact it creates a desperate, Darwinian struggle for resources where only swift-fingered vultures can thrive.”

Tapas restaurant owner Roy Hobbs denied that selling little dishes of anchovies costing six quid was an exercise in profit maximization masquerading as a chance to be a better person.

He said: “Sharing is good and fun. Because…ok I can’t back that up. It just is.

“Only a dreadful human being would think otherwise.”

Nuclear strike on Coachella festival 'not a bad idea' 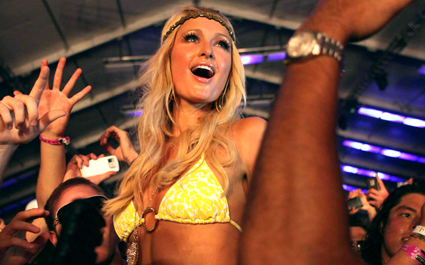 President Obama said: “Like most people, I am familiar with this event only through newspaper pictures of gurning former Disney stars, billionaire’s children and people in camouflage trousers.

“While the destruction of Coachella would cost many thousands of innocent lives, it would also take out Paris Hilton, all her friends and huge swathes of people called Brody with massive pectoral muscles.

“My feeling is that if Kanye West shows up, it’s on.”