Six-year-olds to be taught swearing

SWEARING education for six-year-olds is to become mandatory.

As of next year, swearing classes will feature in the curriculum at Year One stage. Children will initially be taught basic terms such as ‘piss’ and ‘shit’ before working their way up to more advanced usages like ‘giant bell end’.

Educationalist Donna Sheridan, who developed the pilot scheme, said Ignorance of the basic facts of swearing is shockingly widespread. It alarms me to hear grown adults using infantilisms like poo and wee.

Without swearing, we would be unable to articulate shock or alarm and consequently would probably die out as a species.

Those who object to swearing education should come down to our schools and see what we are doing. I would gladly sit down with them and tell them that theyre a shitload of twats. 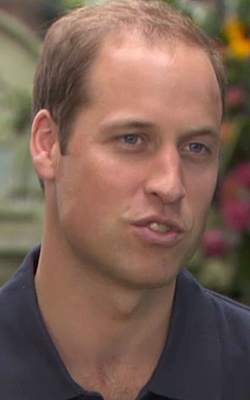 PRINCE William has lapsed into behaving like a 16th century tyrant during his tour of Australia.

The prince and the Duchess of Cambridge were visiting a community centre in Sydney when he demanded his aides burn it down, sparing only the most comely maid who should be de-loused and brought to his chamber.

Office worker Carolyn Ryan said: Everything was fine until Wills noticed an attractive young support worker and said Wench, I shall exercise droit de seigneur on thee! then started removing his trousers.

Kate rolled her eyes and said Christ, not this again. William  went ballistic and started demanding that an executioner was brought to cut off Kates head.

“No one knew where to look.”

Later that day, the royal couple visited a school when William told the pupils to show their loyalty in gold, then tried to have their eyes put out for staring at him.

Onlookers said the prince only calmed down when his entourage produced a lavish banquet including a whole suckling pig, which he ate while laughing ostentatiously at a jester and taking large gulps from a goblet.

Alternatively he may actually think like Henry VIII but is very good at hiding it, in which case I wouldnt like to be around when he becomes king.