BLANKETS with arms have no place in a civilised world, it has been claimed.

Experts at the Institute for Studies have recommended that Slanket owners should be put on a special register for lazy bastards.

Professor Henry Brubaker said: “Owning a Slanket is like saying ‘I never wanted to leave the womb’.

“There should be a social stigma attached to it. These people are adults but they behave like kittens, obsessed with heat and ‘snuggling’.

Professor Brubaker believes that Slanket owners should at least have the decency to hide it, rather than leaving the stinky body cocoon lying on the sofa where it is visible to guests.

Slanket fan Mary Fisher said: “My goal is to reach the point of ‘maximum snuggle’, where I am so warm and cosy with my Slanket, my low calorie chocolate drink and the central heating cranked up that I literally melt into a puddle of blissful sweat.” 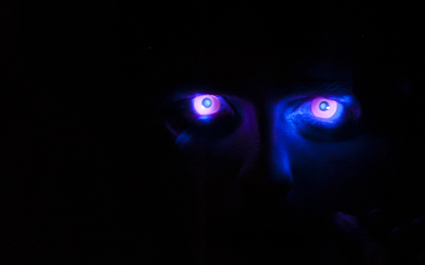 PARENTS have praised Mexican demon Charlie for giving children something to do during the half term break.

The malevolent spirit became a popular and economical alternative to theme parks when it emerged that it could be summoned using just a pencil and paper.

Mother-of-two Emma Bradford said: “This week was shaping up to be a nightmare, the weather is dodgy and they can’t just watch telly. Then I read about this internet craze for communicating with a centuries-old diabolical being.

“The ‘board’ takes seconds to draw out and after you’ve summoned the demon it will chat all day. The kids love it, and I love it even though Charlie has apparently told them to burn down the house and to cut the brake cables on the car.

“Even if Charlie has an evil agenda this is way cheaper than Legoland, and the natural progression from reading Harry Potter.

“The main thing is that it keeps them quiet.”

However father Roy Hobbs said: “I don’t want my children communing with any Mexican demons.

“What’s wrong with our British demons? I’m sure there are plenty of them and they have proper English names like ‘Brian’ and ‘Pete’.”