HEROIN addict Tom Logan has reached a walking speed of 18 miles per hour while going to score.

Bristol resident Logan was caught on CCTV limping along the pavement at a velocity comparable to that of a bicycle.

Onlooker Emma Bradford said: “Junkies going to get their junk can move at a surprising rate, but I’d never seen anything like this. His feet were just a blur.

“You’d have thought he was late for a high level UN meeting or something, although clearly he was just off to buy some more smack.

“He was simultaneously having an argument in a croaky smack-addled voice with some other haggard types who were alongside in a slow-moving car, it was most impressive.”

Logan, who could be any age between 24 and 58, said: “I’m not using any more, I was just going to get this DVD off this kiddie who happens to live in a house with some dealers.

Blair applies to be Caliph 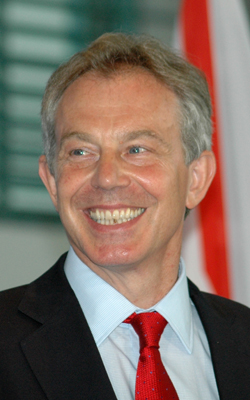 FORMER prime minister Tony Blair has submitted his CV to the newly-declared Islamic Caliphate in the Middle East.

Already hugely successful in his role as Middle East peace envoy, Blair believes he is perfectly suited to be the unquestioned supreme leader of a new Islamist era.

He said: In my previous role I was instrumental in creating networks of Islamic extremists in Iraq and Afghanistan using an innovative mix of aerial bombings and ground invasions.

Feel free to check my references  there are very few jihadis who wouldnt name Tony Blair and Operation Iraqi Liberation as their direct inspiration.

And I am already a figure both universally known and universally hated in the West, which is great positioning for ISIS.

A spokesman for ISIS agreed that Blairs credentials were impressive, but had doubts about his commitment and thought the tie he wore for the interview was carelessly chosen.

He continued: Hes very strong on ignoring international law and manufacturing reasons for invasions, and his wife Cherie has worked hard to keep radical preachers in the UK.

But if hes such an outstanding candidate, why is there this seven-year gap in his employment record?

“And Im definitely not keen on renaming Sharia Law as Blaria Law.”