THE UK is going to be a total bastard to foreigners and people in general, David Cameron has announced.

The prime minister said that no longer being regarded as a soft touch would save money for public services, as well as providing employment for the UKs many bastards.

Cameron said: When an immigrant arrives in the UK, immigration officials will mutter “Fucking twats” while processing their documents.

Anyone allowed into the country will be followed around by a professional bastard who will make sneering comments such as I like your shoes  not! and punch them in the back of the head when theyre not looking.

However the real savings will be made by being a bastard to everyone who wants to use public services. Anyone requiring legal aid will now have to do a humiliating caterpillar impression before getting a kick up the arse by their solicitor.

Only then will they be given their allotted three minutes of legal advice.

Cameron said all aspects of public services would carry disincentives for using them, such as paying unemployment benefit in a wide variety of low-value foreign coins.

Electrician Norman Steele said: I went to see my doctor recently but he said he could only examine me if I admitted I fancied mice. Then he stuck my head down a toilet and flushed it.

“Frankly thats not what I pay my taxes for. 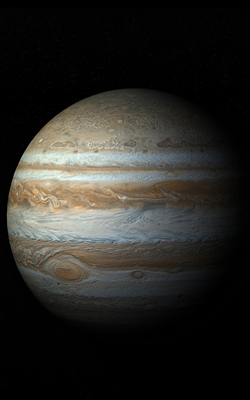 THE MARRIED couple sent to Mars will have a falling-out when they miss the planetary turn-off, it has been claimed.

Multimillionaire Dennis Tito is seeking a husband-and-wife team to undertake a journey to the Red Planet.

However experts are predicting trouble when some inevitable space-map reading problems mean they overshoot Mars by several hundred million miles.

Professor Henry Brubaker of the Institute for Studies said: “The likely scenario is that space husband will be piloting the controls in a self-consciously manly fashion while the space wife navigates using a map to which she is not giving her full attention.

“She’s semi-realised they’ve gone wrong but doesn’t say anything because space husband already seems to be in a bit of a mood.

“The husband will be like ‘look, it must be that planet on the left’, by which point the wife has a terrible sinking feeling but decides to keep quiet because all these planets are pretty similar after all and maybe he won’t notice.

“But of course it turns out to be the gas planet Jupiter, so they can’t even land and stretch their legs. Space husband will be like, ‘this is just fucking brilliant, isn’t it?’

“Suddenly they’re lost, stuck in an asteroid belt, calling each other shitheads and dragging up a load of stuff from the past.”

Professor Brubaker also believes no marriage could survive several months of drinking each others’ recycled urine, unless the couple was already ‘into that sort of thing’.

He added: “Maybe they could put the piss in nice wine bottles and call it Chateau D’Amour or something, serve it with some nice powdered salmon.”