MORE one-bedroom houses are to be built, in the form of stacked bungalows. Benefits changes have created a demand for one-bedroom housing that feels less dystopian than towering blocks of flats.

A government spokesman said: “The bungalows will be built from nubbed plastic bricks that lock together, then put on top of each other.

“Bungalows are statistically proven to feel safer than flats, ‘bungalow’ even sounds like the name of a friendly hippo.

“Flats can have that kind of ‘concrete tomb’ feel while bungalows are more suburban, and tenants can call them cute things based on their Christian names mashed together, like ‘Briviolet’ or ‘Noralan’.

“Each home will have its own retractable ladder, like in a kids’ book where people live in trees.”

Margaret Gerving, a retired headmistress from Guildford said: My husband passed away last month and Ive been offered a penthouse bungalow.

“It’s good because I owe the milkman some money and he will have no way of reaching me. 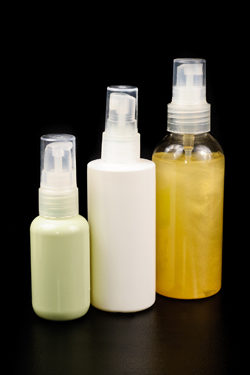 ONE in three people are going without basic pro-Fructinol F5 nutrients for their hair, say researchers. They may never know hair excellence

As economic turmoil continues, many parents are having to decide between giving their children a shea butter deep condition of an evening or having one themselves.

Stylist Stephen Malley said: Were chasing people away from the bins at the back of the salon of a night because they scavenge for leftover bits of Mangonol-X root food.

At first I thought it was foxes but then I realised theyd need a creamier treatment to deal with their ginger hair.

Britain now has more shampoo banks than 1946, when rationing meant many were reduced to washing their hair with soil and V2 fragments. Volunteers are asking people to donate free samples from magazines and leftover bottles from panic-bought gift baskets.

Headmistress Nikki Hollis said: “Many of my pupils will go to bed tonight not knowing where their next olive oil elixir treatment will come from.”

However welfare minister Iain Duncan Smith has defended the new government scheme of vouchers that can only be redeemed in Toni & Guy.