THE UK’s students have arrived home to get their parents’ internet working and end long-term relationships.

The students admitted they are not looking forward to either task, though are divided about which will prove more difficult.

Carolyn Ryan, studying French at Keele, said: “The broadband, which hasn’t worked since November with the bonus of really uncluttering my Facebook feed, is probably going to be a matter of turning it off and on again.

“The boyfriend, on the other hand, needs to be gently told that it’s over without arousing suspicion that I’ve been shagging our corridor’s Resident Advisor since the second day of term.”

“Breaking up with Megan, on the other hand, should be as easy as showing her my new rainbow flag and ‘I Heart Boys’ tattoos.”

Students have confirmed that once those unpleasant jobs are disposed of, they will be clogging up local pubs to show off their new piercings while having loud conversations about oppression.

Food police will be trained in eight kinds of bun 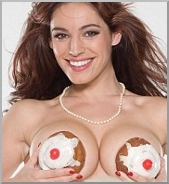 BRITAIN’S new food police will be able to name all eight varieties of edible bun.

The elite officers will be trained in how to spot almost every type of food and be able to asses whether or not it is behaving unusually.

The unit is to be established after consumers ate horses instead of the magnificent cows they paid less than a pound for.

Home Secretary Theresa May said: “We currently have no idea how many counterfeit Penguins are in circulation. It could be as high as a billion.

“But the only person who can tell us that is a state-of-the-art biscuit detective who specialises in chocolate-covered chocolate biscuit sandwiches.”

Mrs May added: “Right now there are 25 cheese crimes being committed in Britain. That includes everything from making cheese out of painted meat to rubbing some Primula into an old lady’s face.”

Mrs May confirmed that the food police will have jurisdiction over anything that is eaten.

She said: “If you kill someone and then eat them that will be a food crime that also happens to be a murder.”