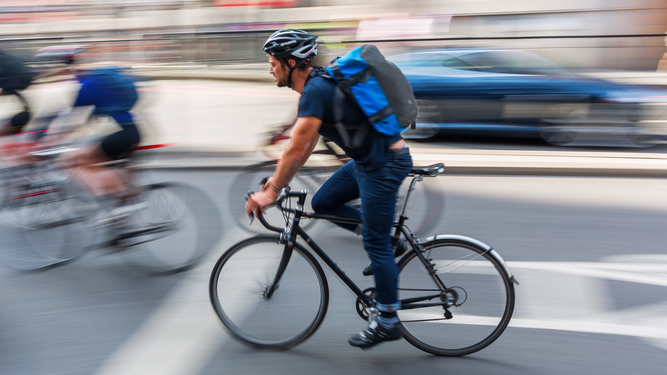 A CYCLIST approaching a busy city crossing decided to regard a red light as advice to bear in mind rather than an order to stop.

Wayne Hayes, 24, appreciated the helpful suggestion that he might want to come to a halt, given that it was rush hour and traffic was heavy, but declined to do so.

Office administrator Hayes said: “I think it’s great that the government has set up this non-mandatory, advisory colour scheme at crossings.

“I can see how it’s useful for inferior cyclists, like older men, children and women. But elite riders like me – skinny, lycra-clad, essentially Bradley Wiggins but better – can exercise our own discretion.

“Others might want to consider putting their brakes on as a juggernaut bears down from the left approaching its own green light, but I am an incredible judge of speed and distance.

“What we really need is a public information film for pedestrians who thoughtlessly step into the road just because they see the green man.

“They could call it Think Once, Think Twice, Twat on a Bike Approaching.” 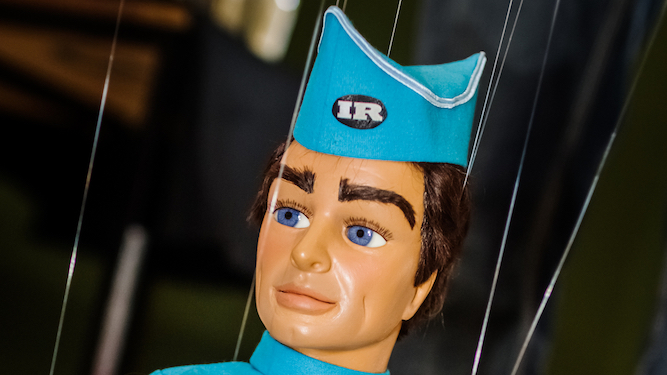 A MAN who painstakingly built a Thunderbirds Tracy Island is still pissed off with his mum for dumping it during a ‘clear out’ three years ago.

A tearful Logan said: “It was a work of art. In fact, everyone said my Tracy Island was better than Anthea Turner’s.

“My mates even said it looked like a real island. My mum was so proud she let me leave it on the table for three months and we all had to eat our tea around it.

“It was better than my yoghurt pot walky talkies and the painting of a hill I got on the Hartbeat gallery.

“Then a mere 23 years later she turned against it. Why? It was the best thing I’ve ever done in my life, especially compared to my failed marriage.”

Logan’s mother Patricia said: “His Tracy what? Oh, you mean that big sticky pile of shite he wouldn’t let me move off the table? We put it on a bonfire and laughed.”