A SUPERMARKET delivery driver is wondering why you can’t get your fat arse to a shop.

43-year-old Wayne Hayes is fucking sick of delivering heavy crates of vegetables to people in their pyjamas who have only got up to answer the door.

He said: “I have been up since 7am and already made five deliveries. Clearly I’m getting paid but still, people could have their shit together a bit.

“Doing this job makes you wonder what the world is coming to.”

However Hayes believes any work Muir may or may not have been doing is clearly unworthy of being described as such.

Hayes said:  “Was he infirm? No. Was he too busy? Obviously no. This is no sort of man.

“A revolution is coming and men like me are going to ring the doorbell of men like him and force them down to Morrisons with bullwhips.”

Jury service to include being Sunderland manager for 10 days 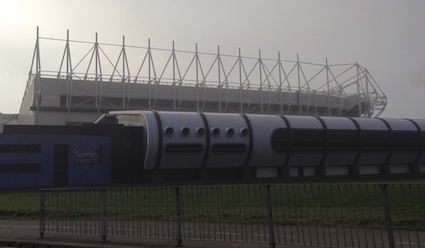 THE job of managing Sunderland football club is to be given to someone randomly selected from the Electoral Roll.

Officials said the job of trying to get the best out of a threadbare squad will include staying in a local three star hotel, not talking to the media and will last an average of 10 days.

Sunderland owner Ellis Short said: “In the past we’ve picked a new boss by throwing Scrabble letters in the air and trying to make a football manager’s name out of them.

He added: “Now I want to open the field up to any UK citizen aged between 18 and 70 with no criminal convictions or mental health issues.”

Short confirmed the first name chosen from the Electoral Roll is Janet Fisher, 64, from Stevenage.

Mrs Fisher said: “Serves me right for not booking that holiday to Tenerife when I had the chance.