Tattooists asked to switch back to Chinese

TATTOO artists have been told to go back to using foreign languages by observers horrified by the trite sentiments of modern tattoos.

The trend to have phrases in English tattooed on the body means that anyone who can read is exposed to the numbing idiocy of inspirational quotes.

Salesman Tom Booker said: “In a single trip to the beach I’ve seen men with lines from Gladiator on their biceps, women with Bon Jovi lyrics across their backs and poems rejected from Hallmark cards for being ‘too sugary’.

“The spelling isn’t exact. The grammar is indefensible. And the kerning, oh Lord the kerning.”

Tattooist Wayne Hayes said: “I’m an inker, not a writer.

“When the fashion changed from tribal to words I just transcribed all the motivational pictures that you get on Facebook.

A petition received by the British Tattoo Artists Federation has requested its members to use Japanese kanji, Hindi or even Wingdings if it will stop witless tattoos being legible.

Roofer Stephen Malley said: “My tattoos are any random words that I saw on a wall when I was drunk. I think one, dedicated to my dead dad, might be a quote from Dumb and Dumber.

“Thing is, they don’t annoy me because I can’t read them when I see them in the mirror because they’re reversed. 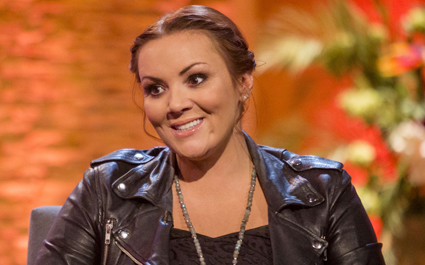 THE yoghurt industry must start making antibiotic yoghurts or everyone will die, experts have claimed.

Scientist Mary Fisher said: “For decades scientists have waged a war with the yoghurt-makers, which for some reason thinks bacteria are great.

“With their shameless fostering of pestilence, these probiot-ists will send us back to the dark ages. They are the biggest bastards going.

“I especially blame Martine McCutcheon, whom I consider to be a traitor to mankind.”

She added: “In the 80s they tried to make yoghurts with syphilis in but we burned down the factory.”

A yoghurt industry spokesman said: “Science is wrong. Bacteria are our friends.

“One day massive cow-sized bacteria will rule the world and they will kill everyone who doesn’t like special yoghurts.”