SCHOOLS are struggling to fill teaching posts because the job involves being in the same room as children.

The National Union of Teachers revealed many positions are being covered by temps because of a massive increase in pupils who answer every question with ‘go and suck your mum’.

An NUT spokesman said: “Instilling a thirst for learning in a young mind is a wonderful thing as long the young mind does not belong to some ghastly little shit.”

The union has asked the government whether new incentives can be offered to entice people into the profession, including elite ‘super-schools’ with state-of-the-art, completely empty classrooms.

English teacher Anne Thompson said: “I get through the day by the thought of locking one of them in a stationery cupboard that I’ve filled with bees.”

Meanwhile, the NUT confirmed the shortage is particularly high in maths and science subjects, due to the propensity for adolescents to act the prick when they get bored. 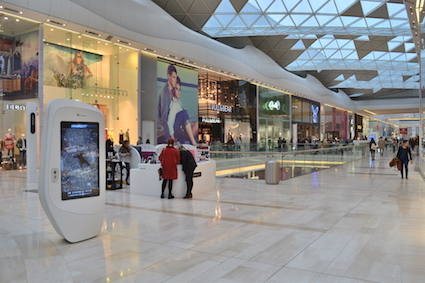 The group was rescued after one of them bumped into his wife, having lost contact with her outside Top Shop in early December 2014.

Tom Logan said: “I met other cursed souls and we would wander together and in the evenings talk of the Old World, the land beyond Accessorize. We survived on nothing but vastly overpriced ‘street food’.”

Logan’s wife Jane said: “At first I assumed he would find his way home after a couple of weeks. I’ve been coming here every few months on the off chance I would find him, but I’d pretty much given up hope.”

While Logan was initially desperate to return home, he changed his mind when Jane told him the date.

He added: “Seeing as I’m here we may as well make a start on this year’s Christmas shopping.

“It is convenient to have everything under one roof after all.”