The five most annoying ways to invade someone's personal space

DO you think it’s fun to stand very close to someone in a lift? Here are some other ways to be incredibly irritating and creepy.

Don’t stand at a respectful distance. Instead, wedge one buttock cheek on their desk and force them to look up at you at a neck-buckling angle. Ideally, get your arse to touch their keyboard.

Touch them somewhere that is a bit odd

Not in a sexual way, just somewhere that is strange. If you don’t know someone extremely well, laying your palm flat on the top of their head or tugging their ear will really freak them out.

Put your hands on the belly of a pregnant woman

If someone tells you they’re pregnant, immediately rubbing their stomach without asking is horrible and creepy. What are you expecting, telepathic thoughts from a foetus? This is extra weird if they aren’t even showing yet.

Eat while sitting next to someone on a packed train

Trains put us in distressing proximity to each other anyway, so definitely add loud mastication to the mix. Floppy egg sandwiches are good, or some weird shit in a Tupperware container that you guzzle down like a hungry pig.

Make sure they can feel your breath

You’ve really cracked personal space invasion when you’re standing so close to someone that they can feel your breath on their face. Congratulations, they are probably about to call the police.

How to be a twat about your regional identity 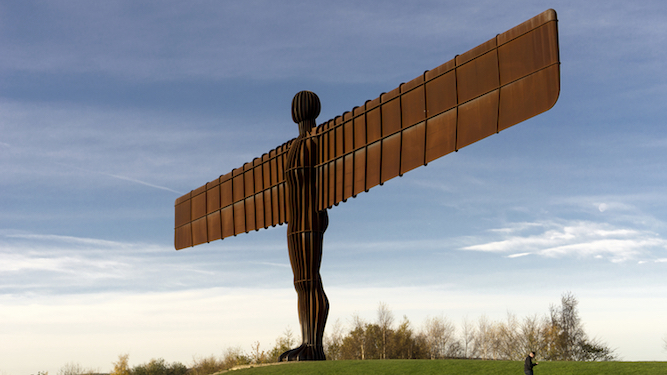 ARE you fiercely proud of your regional identity even though it’s totally arbitrary and extremely tedious? Here’s how to be a twat about it.

Be really into Essex

Confusing phenomenon whereby Essex dwellers genuinely celebrate Essex things like shit nightclubs, fake tan culture and knowing someone involved in the Brink’s-Mat robbery. (Who always “seems like an alright guy”, until he’s on the news for murdering someone.)

Local history is fine if it’s in small doses and about worthwhile things like ghosts and murders. However if your friends are openly weeping with boredom they may not be that interested in Lichfield’s role in the Victorian-era salt mining industry.

Try to be from the ‘hardest’ place

If you come from somewhere ‘gritty’, pathetically try to get some street cred out of it even if you only go there once a year to visit your parents, who live in the nice bit and are both university lecturers.

Note: This works best with places like Moss Side, bits of Glasgow and Peckham. Don’t try to claim you’ve seen the dark underbelly of St Ives, unless you want to sound like Jay from Inbetweeners.

Be a professional Northerner

Probably the most annoying regional identity ever since the Cockneys – rightly – became extinct. Professional Northernism appears to be based on an exaggerated love of pies, romanticised working class bollocks and being ‘straight-talking’, ie. ‘rude’.

Have a bizarre hatred of other places

Don’t limit yourself to slagging off London or having a weird dislike of Liverpudlians or Lancastrians. Try some other places. People from Oswestry are the real bastards.