THE BBC is currently encouraging all its staff to take part in diversity training. Here gammon Roy Hobbs imagines what this will involve and explains why it is an outrage.

Overcoming ‘unconscious bias’ all sounds very nice, but what if you’re prejudiced against someone and you’re right? I’ve never liked the look of them in the corner shop, and it turns out a Dr Oetker Hawaiian pizza is 45p more than in Asda. Bloody crooks.

I haven’t studied diversity training in detail, but I’m pretty sure they’ll want equal numbers of gays. So that means 50 per cent of BBC programmes will be gay. I pay my licence fee for heterosexual documentaries about Bomber Harris, not Graham Norton interviewing Liberace every night.

Not being able to compliment a lady

This is probably the first thing they study. You won’t be able to say “Your hair’s looking nice, Janie”. Instead you’ll learn to say, “I respect your autonomous hairstyling decisions, equally valid non-gender-specific human.” I actually believe this.

Making you ashamed to be a white male

There’s good and bad in all types, I say. So let’s not not judge people by their skin colour. Although white people never did anything as bad as Idi Amin, the WW2 Japanese, or the Candyman. Me and the wife had to turn that off.

I can see it now, normal blokes like me would have to wear dresses while Boy George and Grayson Perry make us plait each other’s hair and play with dolls. This sort of ridiculous political correctness is going to set diversity back by decades. Although I have wondered what it’s like to wear a dress. Maybe when my wife’s out.

The ‘disabled’ scam is real

Yes, there are a few real disableds, but they’re mostly wheelchair frauds who just want the parking spaces. It’s lucky there are people like me who aren’t taken in, and don’t need any of this ‘consciousness-raising’ nonsense. 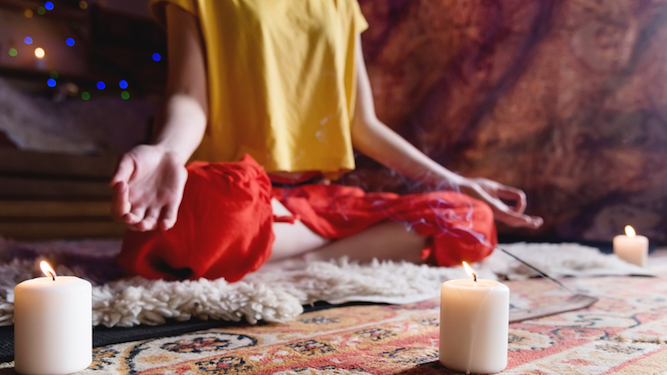 I HAVE done the thing that everyone dreams of doing and made my passion my job, and am now so fulfilled and happy that no one can f**king stand me.

After quitting the office job I was too extraordinary for, I decided to pursue my true passion: selling wanky lifestyle products to the people I used to work with, through really quite aggressive emails and social media posts.

The greatest part of turning my love of holistic wellness into a career is that people have a newfound respect for me, although some have let their envy show by ignoring me, blocking me or calling me ‘wanker’.

I decided I was ready to leave ‘civilian’ life and become an entrepreneur with a constantly expanding client base of ex-colleagues, former schoolmates and friends of my mum when I realised my love of wellness and scented candles outstripped any sense of pride I might have.

Since business is all about relationships, discovering that everyone now thinks I’m a bit of a bellend for pressuring them to buy aromatherapy creams and stupidly expensive tinctures might be a bit of a problem going forwards.

I’m just hoping that when everyone sees my handmade gratitude card sets and macrame worry dolls they will stop loathing me with such intensity.

If they don’t, I can always start vlogging about my own wellness journey. That’s sure to generate sympathy as I bombard them with links.