ARE you a right-wing bellend who thinks racism against white people is a genuine problem? Here’s how to enjoy a pleasing sense of victimhood.

Claim your culture is under threat

Vehemently claim ‘your culture’ is under threat, then when pressed for examples only manage to come up with random things like cricket, tea and the royal family that are about as threatened as Tyson Fury in a fight with Jacob Rees-Mogg.

Use an incredibly strange definition of racism

Basically: ‘people disagreeing with you’, even though you constantly spout bonkers patriotic nonsense any sane person would balk at, especially when you seem to think it’s still 1941.

On a practical level, what you call ‘racism’ is usually someone arguing with you on the internet. This is good, because real racism like job discrimination and people shouting abuse would take all the fun out of being a victim.

Criticising Brexit is racial prejudice against white Britons because they all support it, except they don’t, and the EU hates Britain, except that’s clearly bollocks. Apart from those minor points the logic is fine.

For example, convince yourself you could never be a BBC newsreader because you’re not an ethnic minority. Ignore the fact that you’re in no way qualified, have never shown any interest in a career in journalism and think the BBC should be blown up anyway.

Make up your own reality

Is the roughly 82% ‘white British’ population of Britain likely to die out? Yes. Are the ‘thought police’ likely to boot in your door at 3am? Yes. With a bit of imagination you can enjoy being the victim of racism every day!

Tall man thinks it's an achievement 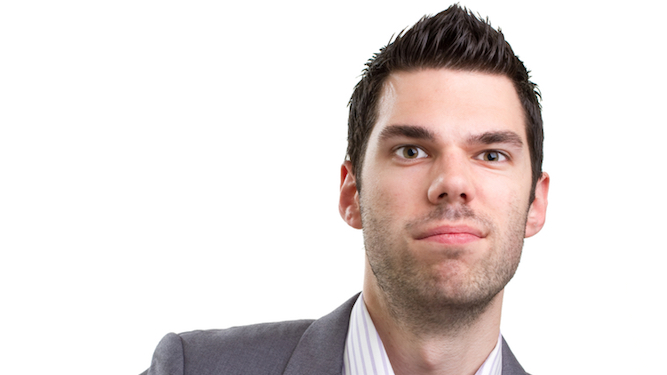 A TALL man behaves as if his above-average height is some sort of achievement, people have noticed.

Six-foot-three sales executive Stephen Malley looks pleased and smug when surrounded by shorter people and misses no opportunity to ‘subtly’ draw attention to his height.

Colleague Nikki Hollis said: “Stephen says things like ‘Yeah, I’m the tall guy’ to people who hadn’t mentioned it and offers to get things for you that aren’t hard to reach.

“I’ve also noticed he always stands in an erect position to make the most of his height. And if he thinks no one’s looking you can see him looking down on everyone with a distinct sneer.

“He’s not even that tall. I’d love to see the expression on his face if John Cleese and Dave Bautista walked into the office, but I have to admit that’s unlikely to happen.”

Malley’s ex-girlfriend Emma Bradford said: “At first I thought Steve had a sense of humour. Now I realise he’s being serious when he exaggeratedly bends down to go through doorways.

“I can’t believe he gets an ego trip out of something genetically determined. But then he is a wanker in most other respects so maybe it’s fair enough.”