MEN are being subjected to a witch hunt according to a man who would have burnt a woman at the stake 400 years ago for turning down his sexual advances.

Norman Steele and his friends have cried ‘witch hunt’ in response to the ‘Me Too’  campaign in much the same way they would have cried ‘witchcraft’ at a woman in the 17th Century who objected to being groped.

Steele said: “Obviously our spiritual mentor Peter Hitchens has already put this more eloquently than I ever could, but it’s time to fight back.

“It’ll take a little bit more than a huge shift in societal consciousness to stop us doing what we want.”

Steele added: “Is there any chance we can just start accusing them of being witches again?”

Are you still pissed from last night? Take the Mash test 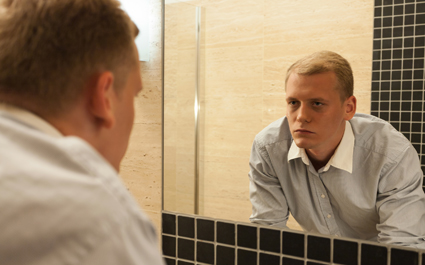 IF YOU spent last night drinking heavily then there’s a good chance that you are still pissed. Take our simple test to find out.

How did you make a cup of coffee this morning/afternoon?

A. You put on the kettle, put the coffee in the cup, then added the hot water mixed with milk and sugar.

B. You put the kettle on without any water in it, then dropped the mug onto the floor making it smash into a thousand pieces, before then getting another mug, then having to stop for a minute to have a bit of a cry, putting the coffee in the fridge and the milk in the cupboard and then going back to bed.

You notice that you sent your ex a late night message. How do you react?

A. You say ‘Oh well, these things happen and I’m sure they’ll understand that I was just a little drunk.’

B. You become panic stricken. You go to call them but then decide not to. You text them instead and say it was just a mistake, you were drunk and you were actually having a really great time without them so why would they make a big deal out of it. By the way you saw their new profile picture and they don’t suit that top even if they have lost a bit of weight.

You try to go to the bathroom. What happens?

A. You gingerly make your way to the bathroom and have a quick shower which makes you feel better.

B. You bump into everything possible on the way including the couch in the living room somehow even though you don’t remember going in there. You black out for a bit, then find yourself hunched over the toilet saying ‘This can’t go on.’

Mostly As – you should probably have a roast dinner and then you’ll be right as rain.

Mostly B – you’re well and truly still smashed from the night before and your actual hangover won’t kick in until tomorrow morning when you arrive at work for that big meeting about whether they’re going to sack you.