TENS of thousands of British marks have been tricked into spending their life savings on a fortnight on a luxury prison ship.

The cruises, which satisfy every desire except the increasingly desperate need for freedom, visit exotic locations for very brief periods before long stretches on the featureless, disquieting ocean.

Within a day you know it intimately. Within a week you have eaten in every restaurant, seen every show, and hate every one of your fellow passengers.

And dont think you get to escape. Our Dubrovnik stop is twice as far from the city as the EasyJet airport.

By the time the coach has got there all you can do is buy jewellery and get back on.

On-board entertainment includes the fourth runner-up in 2002s Pop Idol, the bloke who came ninth in 2007s Any Dream Will Do, and the winner of last years The Voice.

Bill McKay of Worcester said: We were hoodwinked by marble floors, open-air bars, images of sophistication and class.

Instead there are 92-year-olds attending classes on how to use the internet in between coronaries and Silk Cut sessions in the casino.

I long for the days when I used to have a drink or a sandwich without first having to attract the attention of a Filipino waiter.

We were begging to hit an iceberg, and that was before the norovirus.

Britain to stage an intervention for Question Time 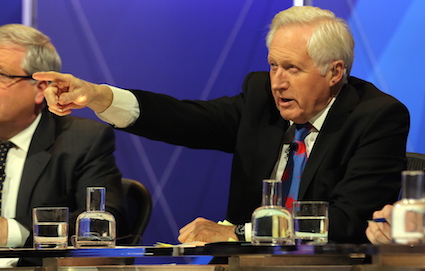 BRITAIN is to stage a substance abuse intervention for Question Time before the BBC show has a total breakdown.

The country has stood by in recent years as the show went into a rapid decline, presumably caused by a raging drug or alcohol addiction.

Martin Bishop, a viewer from Stevenage, said: “They’ve been inviting literally anyone to be part of the panel. Do they wake up the next morning with any recollection of what they did? Or is it just a vague memory of some rough, clumsy nonsense with a collection of idiots?

“This is a classic example of substance abuse leading to a loss of self respect and self control.”

Bishop added: “The first thing we have to do is find out what it is they’ve been taking. Then we need to tell them that unless they change we’ll watch something on Sky about Ross Kemp meeting a gang of Jamaican Nazis.

“If we do nothing then I can guarantee that in a few weeks it won’t be Question Time anymore, it will be Help! My Crazy Right Wing Historian Thinks My Muslim Boyfriend is a Maniac!”