EUROPEAN regulations could force British motorists to drive straight down the middle of the road while honking their horns continually, it was claimed last night.

According to Brussels bureaucrats Britain has remained stubbornly resistant to the complete disregard for road markings which is prevalent across much of the Continent.

A spokesman for the European Transport Safety Council said: "Despite a recent increase in mentalness Britain's drivers are still years behind their Italian and French counterparts who know that the safest way to drive is to stay as far away from the edges as possible."

The ETSC's road safety research has concluded that UK-style 'one sided' driving is futile and ignorant because everyone's fate is predetermined by God, or an equivalent super-being, who has already written the date of your death in his giant book which can never be altered.

The spokesman added: "Therefore there is no additional risk of mortality from driving a rusty Renault 4 with no brakes down the centre of a winding mountain road at midnight with no headlights and a rabid goat in the passenger seat who keeps fiddling with the radio."

According to a recent survey of Continental drivers, 83% believed that the white stripes are there to help you position your car in the exact centre of the road, while the remaining 17% assumed that some paint had been slowly dripping off the back of a tractor.

Meanwhile 72% said that traffic lights were the lost relics of an ancient Mediterranean civilisation, while 28% believe they are something to do with weather forecasting.

Carlo Spinetti, from Genoa, said: "Red light mean it going to rain so I must get home without the stopping."

Guilty: The Twats Who Made Airports Even Worse 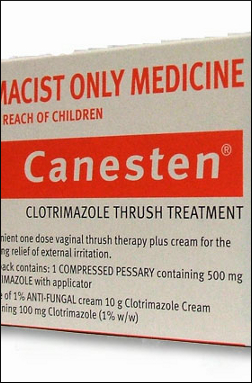 THREE twats were convicted yesterday of somehow managing to make British airports even more fucked-up than they already were.

Abdulla Ahmed Ali, Tanvir Hussain and Assad Sarwar were found guilty on three counts of turning the UK's airports into the worst places in the world and a lesser count of wanting to blow up an awful lot of planes.

The three had plotted to make airports hellish by trying to make a bomb out of a small bottle of Lucozade thereby ensuring everyone has to dig around in their bag for all the small bottles they packed while fretting over whether or not toothpaste is a liquid before just putting them all in a see-through plastic bag so that hundreds of strangers can see their economy size tube of Canesten.

Justice Finch-Hatton said: "You planned this crime ruthlessly and with no regard for the sorry bastards who use British airports.

"You callously fucked-up air travel for a generation and made thousands of people want to die. You are twats."

Tom Logan, an accountant from Finsbury Park, added: "Because of my job I have to go to Scotland about once a month. Thanks to you I now have to get the train. That's right, I actually get on a British train.

"Spending five and a half hours sitting across from a very drunk Scotsman who has recently shat himself is still marginally preferable to taking my shoes off and standing in 14 different queues at Gatwick while desperately trying to hold my trousers up.

"I hope you rot in hell, you utter fucking twats."