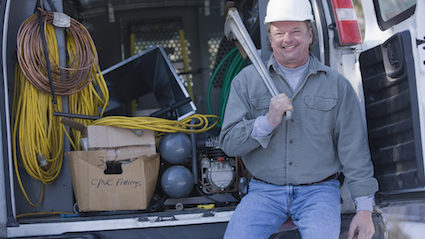 THE syllabus at the University of Life is strongly biased towards Brexit, according to anyone who has ever met a graduate.

Former students at the university, who include the majority of builders, tradesmen and delivery drivers, admitted that teaching was heavily weighted towards leaving the EU based on its academic principles of plain common sense.

Plasterer Wayne Hayes said: “The problem is that, with the intellectual rigour I’ve been tutored to bring to the situation, there just isn’t a case for remain.

“The EU need us more than we need them, they’re not gonna lose all those prosecco and BMW sales, call their bluff and they’ll fold. Honestly mate, the whole course took 15 minutes.

“And it’s supported by everything you learn in the other modules, like History and Why We Won It, Britain: Best At Inventing, and Shakespeare The Geezer.

“You can’t really call it bias. What it is, right, is facts.”

DISCOVER which relatively small animals could beat you up.