USING language to express ideas is far too much trouble, it has been agreed.

With ‘emojis’ increasingly replacing words, many people are now going a step further and returning to a pre-language, animalistic existence.

Professor Henry Brubaker, from the Institute for Studies,  said: “If we all stopped using words, think how much time it would free up for 10-pin bowling.

“What’s the point of knowing fancy words like ‘silhouette’ and ‘caravan’ when we could simply express ourselves by grabbing our genitals.

“Most conversations are rubbish anyway. My mouth hurts now. Go away.” 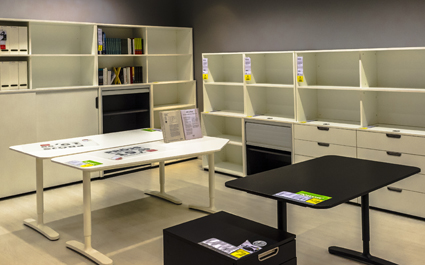 NIGEL Farage and IKEA have formed a party called UKEA in a last-minute bid to create a majority government.

Farage said: “UKIP and IKEA share many values, including an unswerving commitment to irritating national stereotypes and a dedication to making anyone who comes within 200 metres of us question their sanity.

“By making a deal with IKEA, we have made a bold statement about our openness to foreigners, especially blue-eyed, blonde ones with loads of money.”

Legislation allowing parties to merge with large chains was introduced by Gordon Brown is 2010 when he sought to form a coalition with sandwich vendor Subway.

If elected, UKEA’s first act would be to turn the Houses of Parliament into a flagship showroom with the Commons’ signature green benches replaced by POÄNG armchairs in a birch veneer.

Farage added: “I did not know that IKEA’s founder was linked to fascists. But I have a feeling that we might be able to work around that.”