Vegan accidentally mentions it in every other sentence

A VEGAN casually mentions her dietary preferences in roughly 50 per cent of the things she says, it has emerged.

Animal product avoider Nikki Hollis somehow manages to reference veganism when discussing any topic. She said: “My lifestyle choices don’t define me, mostly I just do normal stuff like I watched Batman V Superman at the weekend.

“I thought the film had quite strong vegan themes. Batman looks quite overweight, probably from eating too much meat, and if they were vegans they probably wouldn’t have been fighting because of having better problem-solving abilities from all the vitamins in carrots.”

Hollis has recently managed to drop veganism into conversations about the weather, trampolining and the best ways to fold bed linen.

She added: “I had to get a plumber round last week because my boiler broke, which is quite interesting from a vegan perspective.

“I’m not sure if he was a vegan or not, I was out at the time and left the keys under the bin. But he may have been, a lot of people are these days because it’s great.

“I don’t like to talk about it though, especially now when I’m in a hurry to get down the vegan shop to buy some vegan food to make a vegan meal for some vegans. 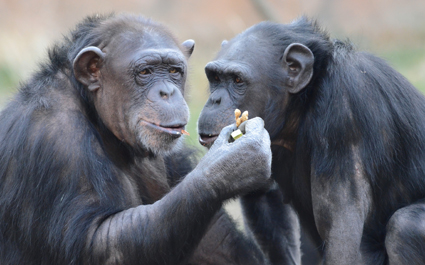 As the broadcaster was lauded on his 90th birthday, animals attacked Attenborough’s output as ‘Geordie Shore with paws and flippers’.

Chimp Emma Bradford said: “We non-humans want high quality jungle drama, for example a moody detective series about an alcoholic pelican tracking down a crocodile serial killer in the style of The Bridge.

“Attenborough’s exploitative reality fodder only reinforces stereotypes, for example by showing working class baboon families stealing fruit from a market trader and then having a massive fight about a beta male failing to show ‘respect’.

“None of the cast even gets paid. I think there’s a killer whale off the The Blue Planet who makes some money doing meet and greets in provincial nightclubs but that’s all off his own back.”

Scorpion Mary Fisher said: “Wildlife on One portrayed being an animal as a ruthless struggle for survival where everyone’s obsessed with the food chain. Mostly though my life is quite mundane, I spend 19 hours a day hiding in a shoe.

“The BBC should stop wasting money on this crap and do a non-human version of Pointless with a bison asking the questions.”