Watch cricket together in silence: five ways to bond with your dad this Father's Day

NOT sure how to celebrate your dad this Father’s Day? Here are five ways to make the old man feel appreciated:

Watch cricket together in silence

Your dad’s had a busy week, so let him catch up with the cricket he’s taped by watching it with him in complete silence. You could humour him by talking about the quality of the batsmanship, although if you don’t make a sound he’ll soon forget you’re even there, which is what you both really want.

Pretend to have trouble parking a car

Your dad loves to take charge and correct people, especially when it comes to practical matters. So what could be better than failing to parallel park in an exaggerated fashion? He’ll know you’re putting on a show to entertain him, but that won’t stop him from shouting advice at you before pushing you out of the driver’s seat to show you how it’s done.

Talk about his favourite war

Indulge your dad’s love for military history by starting a chat about his favourite war. If you’re not sure if he prefers the Boer War, the Second World War or Columbia’s La Violencia, a cursory glance at his bookshelf should provide the answer. For bonus points, nod your head and say ‘wow, really?’ at regular intervals and ask him who won.

Give him a tenner

Your dad has no desire to receive a piece of folded card from Paperchase with a picture of a beer bottle on it. You’re better off slipping him a crisp ten pound note he’s free to spend on silicone caulk or an Airfix kit. Appeal to his sense of humour by saying ‘they only had these woke plastic notes’ when you hand it over.

Leave him to his shed

The best way to bond with your dad this Father’s Day is to leave him undisturbed in his shed for the duration. You might think he’d get lonely in there, but after a solid 24 hours in the company of his tools he’ll come out looking almost as happy as he does in those photos from before you were born. Not quite, but almost. 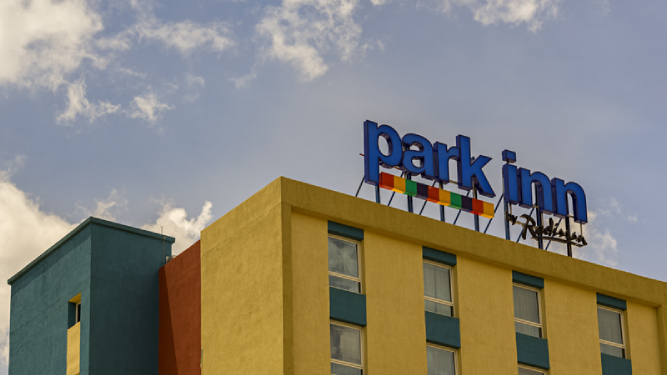 ASYLUM seekers should be grateful to be jetted off to a nice hot country with hotels so lovely they made a film about them. Gammon Wayne Hayes goes through the highlights:

Jetting off somewhere exotic with a group of strangers can be a right laugh. Haven’t any of these whining sods ever been on an 18-30 holiday? Instead of complaining they should man up and kick back with a Stella on a sun lounger. Although I bet the bloody EU would say that’s against their ‘human rights’ somehow.

If there’s one thing I know about Africa it’s that it’s boiling hot, I think. Although considering that refugees usually come from boiling countries anyway I suppose it must be a busman’s holiday for them. If we were punishing them we’d banish them to some rain-lashed backwater, like Birmingham.

So what if you’re packed into a shared bedroom like millennial London renters? I stayed in a cramped dorm in Ibiza back in 1988 with about 30 other random men. Did I let the overwhelming number of random dicks and arseholes stop me from having a laugh? No. I dropped a tab and got on with it.

I’d try cancel my flight too if I knew I was only going to be eating African food for the foreseeable. However, in my experience, if you yell at any foreign hotel manager for long enough they’ll eventually see sense and serve you some proper English food like a curry or a kebab. If these illegals give it a try they’ll soon be living in luxury.

According to an Attenborough documentary I slept through, you can’t walk a couple of yards in Africa without bumping into a giraffe or kangaroo. Rather than worrying about their bloody families, why don’t these ingrates just go look at an elephant? Don’t they know people are willing to pay thousands for an experience they’re getting for free?