We call them 'shaggin' wagons', say retirees with campervans

RETIREES have confirmed they love campervans because of all the non-stop freaky sex they enjoy in them.

Roy and Sheila Hobbs from Nantwich have been the proud owners of the converted campervan they call The Big Red F**k Machine for eight years, and admit they have had more sex in it than their children could bear to imagine.

71-year-old Roy said: “Our lovemaking at home had gone very stale but in the caravan we are filthy beasts who don’t know when to stop.

“I know when Roy’s feeling lustful because he leaves the concertina door to the bathroom open when he’s showering. The smell of his Sanex combined with the wafts from the chemical toilet is quite the aphrodisiac.

“If you see two or more campervans parked together? Swingers. And the Camping and Caravanning Club? There’s a reason you have to be members.”

Son Darren Hobbs said: “Last time they visited they stayed in the van on the drive to save us the trouble of putting them up. The noises I heard. I’ve been diagnosed with PTSD.” 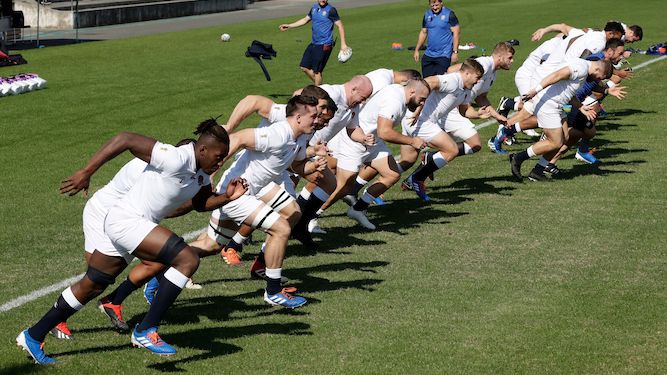 THE England rugby team will intimidate the Springboks in the World Cup final by performing a terrifying tea-making ritual on the pitch.

The team captain, Owen Farrell, will begin the ceremony by breaking off small talk and asking if any of the players want a brew, which will be greeted with enthusiastic assent.

He will then go around the team individually while they chant their choices in language incomprehensible to outsiders – ‘no sugar in mine’ ‘I have four, like a builder and ‘so strong the spoon stands up in it’ – before putting the kettle on.

A selection of mismatched mugs will then be lined up, baffling the orderly South Africans with their array of slogans and the nonsensical size of the Sports Direct one, before the hot water is poured and stirring commences.

The team will then stand on the halfway line, each take a sip, pronounce it a ‘lovely cuppa’ and then leave it on the sidelines to go cold.

It is expected that the South African side, confused, demoralised and reminded of their defeat in the Boer War, will then lose the game 76-0.