PEOPLE lucky enough not to have children are now taking their significantly cheaper and quieter holidays, they have confirmed.

Across Britain, adults who have an easy life anyway are leaving their desks empty to spend two weeks in a seven-star villa in the Greek islands for less than child owners paid for a week in Cornwall.

Marketing manager Julian Cook, who claims the issue of children ‘never came up’ in his marriage, said: “August is so hot in Europe, but in September the sea’s still nice and warm but the weather’s that lovely bit cooler.

“The beaches are practically deserted, there’s no whining kids in Manchester City away shirts clogging your view of the Venetian harbour, and you’re escaping the dreadful wet autumn in Britain.

“We’d go away then even if they weren’t practically giving flights and car hire away, which they are. It’s all so cheap and brilliant.”

He said: “I bet looking after kids all the time is fun too though.”

Someone has brought a sodding dog into office 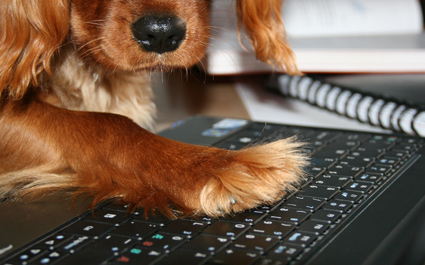 SOMEONE has brought a sodding dog into the office, according to numerous reports.

Sightings started at around 9.24am, with word quickly spreading throughout the building that a dog was wandering around by the photocopier.

Although it is possible that the dog just somehow strayed into the office on its own, it probably belongs to a boss or some fancy client, because if a normal worker brought a dog in everyone would think they were insane.

Admin assistant Susan Smith said: “I heard a bark while I was making a cup of coffee and honestly thought I was having a stroke.

“Then I went round the corner and saw a sodding dog sniffing around a filing cabinet. Whatever next, a gerbil in the stationary cupboard?”

The dog’s visit prompted questions about what the plan is for when he inevitably shits on the floor, whether they should call the RSPCA and how much time they can waste by pretending to be interested in him.