Whatever happened to nunchucks? asks Britain

THE number of nunchucks in British homes is at its lowest level since the 1960s, according to new research.

The Institute for Studies found nunchucks first emerged as socially acceptable household items in the early 1970s, alongside the rise of Kung Fu movies.

By the mid 1980s nunchucks were being bought by millions of young men with mullets and sleeveless heavy metal t-shirts, all of whom failed to master even the most basic nunchuck techniques.

Professor Henry Brubaker said: “By the early 1990s computer games were beginning to take the place of traditional British nunchucks.

“It was an incredibly sad but perhaps inevitable victory of new technology over a rudimentary device that only ever harmed its owner. Often quite badly.”

Julian Cook, 42, from Stevenage, said: “I remember my uncle had a set of nunchucks that he would whip out and show me and my mates. We were only 10 years-old at the time but he was really quite safe with them. After the first couple of times he stopped waving them around and just put them on the kitchen table.

“I guess it was just a simpler, more nunchuck-friendly era.” 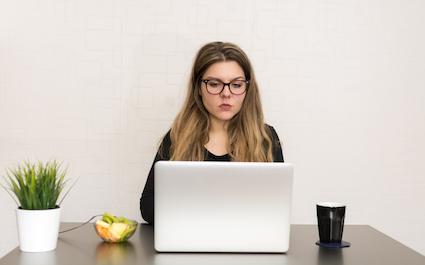 AN AVERAGE person aged between 25 and 45 has spent a full decade reading the opinions of complete idiots on the internet, researchers have found.

The Institute for Studies found that post-internet generations have wasted between 15 and 50 per cent of their lives reading drivel by cretins who have no idea what they are on about and too stupid to realise.

Professor Henry Brubaker said: “The sheer number of websites full of opinionated idiots, whether from social media to the Daily Telegraph and Amazon, makes it impossible not to find out what they think about everything from politics to the price of ham.

“We could write novels. We could become surgeons, but instead we squander our finite lifespans learning the entirely predictable opinions of twats on BBC comments.”

Office worker Tom Logan said: “I could have done a PhD in the five years I spent reading Guardian comments about the 9/11 conspiracy alone.

“And when you factor in the time I’ve pissed away on TripAdvisor reviews it’s so many years off my life I may as well have taken up smoking.”