WHITE van drivers are the fulcrum upon which the world turns, it has been confirmed.

The men, who have always believed that creation exists only for their benefit, have been vindicated by the sight of Britain’s leaders bowing to them and begging for their blessing.

“I’m meeting Cameron tomorrow, Farage on Wednesday, and I’m up for giving that Labour bloke a good kicking round the back of the Harehill Tavern Friday night, which he’s grovelingly grateful for.”

Roy Hobbs of Basildon agreed: “It’s like when people drive cars. They act like they matter, but when I come up on them with the horn down they soon realise who actually counts and get out of my fucking way.

“They’re probably not even real.”

The hastily-drafted White Van Act, which will replace the monarchy, judiciary, and both chambers of Parliament with self-employed tradesmen is expected to pass by Christmas, after which everything will be sorted right out sharpish for cash.

New law to link hackers with stock photos of hackers 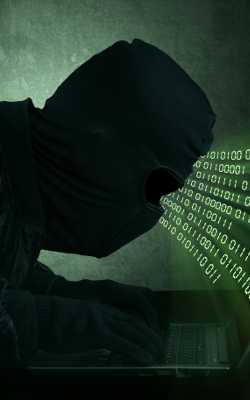 POLICE are to get new powers to link computer hacking suspects with the shadowy, menacing figures seen in stock images.

So evil he reads binary

The law will help cybercrime units struggling to find hackers who work in near-darkness, lit only by the eerie glow of their outdated 1980s greenscreen monitors.

Detective Inspector Emma Bradford said: We see these sinister figures, their faces always hidden, mocking us in every newspaper story about computer security.

But when we raid their homes we find only ordinary people using MacBooks with the lights on who don’t resemble these terrifying images even slightly.

“Using these new laws we can arrest people then take pictures of them in silhouette, wearing a balaclava, against a background of ASCII text.

“There isn’t a jury in the land that wouldn’t convict.”

A hacker, wearing a hood pulled low over his eyes so nobody can identify him at his keyboard, replied: “Got to type fast to steer this military-grade Chinese icebreaker through the firewall and break into that raw data.

Not really. Actually I just guessed your password was your stupid dogs name.