A YOUNG woman on a night out with friends has admitted she should not have worn a hat.

Ellie Shaw, 24, who believed the black fedora would go very well with her caramel hair, has now realised that being the ‘hat chick’ is not good.

She said: “I’ve heard five different groups of girls say ‘Who the fuck does she think she is, wearing that hat?’.

“One group were my own best friends, who thought I wasn’t listening. I caught a glimpse of myself in a mirror and I have to say I agree with them.”

She added: “Meanwhile, the biggest twat in any group of men takes it off my head and refuses to give it back. That’s happened six times.”

Style expert Francesca Johnson said: “We do always put women in hats for makeovers, but that’s just because we’re cruel.” 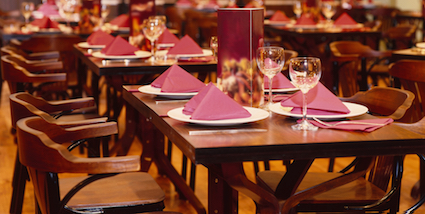 A VEGETARIAN has been burnt at the stake in a steak house before being served up to meat hungry customers.

Nikki Hollis and friend Emma Bradford went into the Really Hot Steak House in Swindon last night but when Hollis asked about vegetarian the waiter smiled and said he would be ‘right back’.

Bradford said: “I thought he was going to get a special menu for us. But then he brought out a stake and tied Nikki to it.

“I couldn’t do anything to stop it. It was meat-crazed mob justice.”

She added: “I will be leaving a 2 out of 5 review on Tripadvisor.”

Fellow diner, Donna Sheridan, said: “The whole thing was disgusting. They should have put her on a massive griddle.”