A WOMAN is convinced her donations to a charity shop are bringing joy to others, despite them just being rubbish she wants out of the house.

Donna Sheridan regularly goes to her Sue Ryder shop with a car boot full of undesirable items, most recently an ugly set of plates given to her by her in-laws in 1985 and a malfunctioning fax machine.

Another box contained a feast of outdated entertainment including a VHS copy of Pretty Woman and several incomplete DVD box sets of the Kiefer Sutherland series 24.

Sheridan said: “As well as decluttering my lovely home I’m improving the quality of life of underprivileged people, who may never have enjoyed the luxury of a damaged coffee machine.

“I’m certainly not using charity shops as a dumping ground for a mountain of junk the council would charge me £50 to take away and put in landfill.

“There are probably poor families out there who can’t wait to brighten up their lives with some Now That’s What I Call Music compilations from about 15 years ago.

“Yes, the CD player I’ve donated is inclined to skip in a way that drives you mad with frustration, but beggars can’t be choosers.”

Which WhatsApp group is ruining your life? 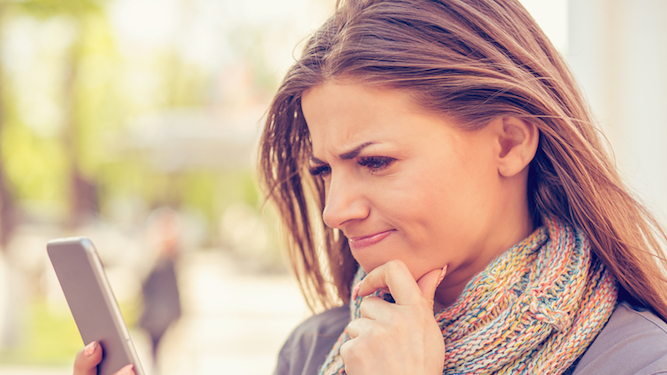 WHATSAPP is a nightmarish deluge of unwanted crap and distractions. So which groups in particular are sapping your time and general will to live?

The friends you’re not really friends with group

This group is for making insincere plans you have no intention of seeing through but which you’ll spend forever thinking about, eg. ‘How can I say I’m not doing that 100-mile run I only agreed to because I’d had nine glasses of wine?’

The pictures of kids for grandparents group

You didn’t get enough attention as a kid. Your parents were a bit too pleased when you left home. Now this group allows you to carry on this unspoken personal war.

This WhatsApp group starts casually to organise work drinks, but soon becomes a cutthroat game of which crawly bastard is going to get promoted first.

Use extreme caution. You’re just a couple of tired taps away from mixing up chat groups and sending ‘My boss Gary is King of the Bellends – and has erection issues so I hear from Kate @ work who knows his wife – LOL!!!’, to your boss Gary.