A WOMAN who was asked for a light but did not have one now feels like an utter failure, she has confirmed.

Nikki Hollis was approached by a man looking for a lighter while sitting in a park. She fumbled around in her bag and pockets for several minutes, despite knowing with absolute certainty that she did not have one.

Hollis then attempted to create a spark by bashing a couple of stones together that she found on the floor and trying to rub a wooden toothpick into the ground, but lacked the necessary skills to create fire.

She said: “Last time I was at a club, a girl in the loos asked me for a tampon and I didn’t have any. So this time, I crammed my bag full of tampons but sadly you can’t light a cigarette with a tampon.

“Why did I ever quit smoking? What a stupid, self-destructive thing to do.” 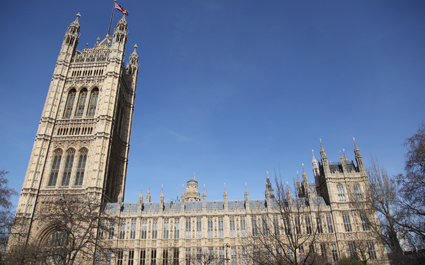 THERE is apparently a ‘House of Lords’ which should be abolished immediately, a Brexiter has discovered.

Following yesterday’s government defeat on the EU withdrawal bill, Stephen Malley of Uttoxeter has added the second chamber of parliament to his list of institutions which must be destroyed.

He said: “Two legislative bodies in a single building? Who knew?

“This is like when I found out we have an independent judiciary all over again. And then there was the unpleasant shock of Northern Ireland.

“I’m learning a lot on this whole Brexit journey, though of course sadly most of that knowledge’s useless because they’re all traitors who’ll be tried and exiled for their crimes fairly shortly.

“All we need is one supreme ruler for life and the people will decide everything else by referendum. Which we’ve had. In 2016. And we’re not having another one because we won.

“It’s called democracy. Fuck off if you don’t like it.”