A WOMAN who does not currently have angry, weird arguments with  strangers is thinking about joining Twitter.

Emma Bradford confirmed her new found interest in a social media account  after realising her life could really do with ‘a load more bullshit in it’.

Bradford said: “At the minute, I tend to spend my time talking with friends, or maybe cooking or doing yoga.

“But whilst I’m doing all that boring, ‘normal’ stuff, I could actually be arguing with a bot in the deep south of America about whether or not Donald Trump is fit for political office.

“He obviously isn’t but all my friends agree with that so who can I argue with about it?”

“Even old Frank, the security guard at work who once told me he voted UKIP, thinks he’s a fucking idiot.”

“Old Frank did stress that he only voted for UKIP because he’d ‘accidentally’ got hooked on inhaling nail polish remover around about the same time.” 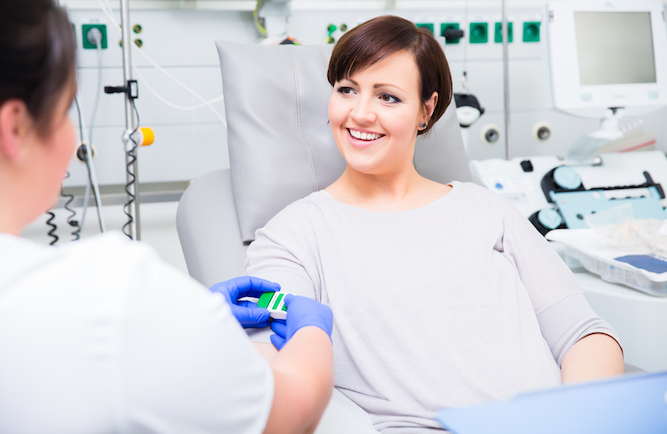 A WOMAN has found she can cheat her strict diet, by giving blood and then bingeing on custard creams.

Since discovering blood-for-biscuits loophole, Francesca Johnson has become a prolific donor, once giving 10 pints in a day to earn a whole packet of HobNobs.

Johnson said: “Sod you Slimming World. You can’t call it a ‘sin’ if it’s for a good cause.”

Johnson added: “I visit clinics on different days, so I catch different biscuits – Tuesday is Bourbons, Friday you hit the jackpot with Jammie Dodgers. Only a complete knob would donate on Mondays. Malted Milks are for idiots.”

Johnson, who once knocked over a blood-donation van by rattling its doors out of hours, admitted that the biscuit reward scheme was a slippery slope.

“I asked medical staff if I could donate my eggs, in return for a full-size Mars Bar. They weren’t having any of it.”