Woman who 'doesn't want to butt in' manages to

A WOMAN who ‘really doesn’t want to get involved’ in someone else’s argument has managed to find a way of doing so.

Emma Bradford who feels ‘put in the middle’ of a conflict between her mother and sister, does not wish to be involved, despite having spoken to each of them about the issue on five separate occasions in the last 24 hours.

She said: “Honestly it’s none of my business that my mum is furious about being left out of Susie’s 30th. I told Susie it’s between the two of them to work out, but I did add that mum was overreacting – just to reassure her.

“And how was I supposed to know that Susie hadn’t told mum the reason she wasn’t invited was because of how embarrassing Susie thought she was at Christmas?

“They’re just going to have to work this one out for themselves. I’m not saying anything else. Unless someone asks what I think, in which case I would be guilty of negligence.

Does the stress of your job make you fantasise about slaying your colleagues? 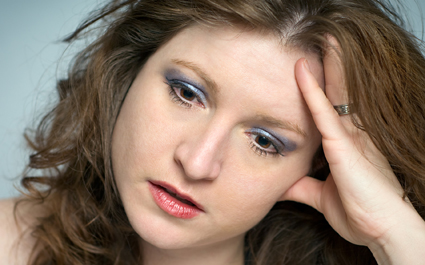 Does the stress of your job make you fantasise about slaying your colleagues in a blood-spattered frenzy?

It’s perfectly normal, but bad for your blood pressure. Here’s how to release that pent up fury without resorting to the momentarily sweet release of jamming your hand in the shredder.

Learn how to relax…

With alcohol. Whether you’re pouring vodka in your mid-morning cuppa or getting so hammered every night that the days slip by in a fog of nausea and stabbing head pain, you’ll barely notice that you’re actually at work.

Talk to your line manager…
About all of the ways you have imagined murdering fat Simon who spits when he talks. Whether your manager agrees he should die and allows you to let off some psychotic steam or becomes concerned and signs you off sick, it’s a win-win situation.

Create an oasis of calm in your mind…
By fantasising about all of the different ways you could die and avoid having to stay at your desk until 5.30pm. Like Buddhist monks who meditate on death, you’ll begin to recognise that life is too short for the endless mind numbing tedium of work.

Go for a walk…
Straight out of the door, to the nearest Tesco for a four pack of celebratory Special Brew, then all the way home. And don’t go back.