A WOMAN has become a life coach after exhausting all other job options.

Emma Bradford, 38, has tried many careers but nothing really worked out, and she got sacked from her last job for stealing printer paper.

She said: “I’m going to become a life coach because fuck knows what else I can do. I’ve had eight jobs in the last three years, including painting and decorating, office admin and running a cheese website.

“Life coaching is basically telling people to get their shit together, which I have experience at because my family has always told me to get my shit together.

“I’ve got some cards printed up and I’ve bought a book called Transformational Techniques, so I can tell people stuff out of that.

“Giving them ‘tools’ for ’empowerment’, which I think means just nodding a bit while they bang on about their problems.

“I’ll have to get an office though because my flat smells of wet dogs and there are lots of ‘final payment demand’ letters lying around.” 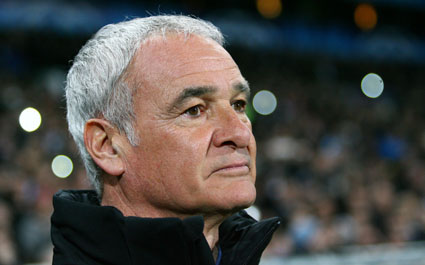 During Leicester’s 3-0 home defeat to Manchester United, a strange wailing sound echoed around the King Power Stadium as fans unsuccessfully attempted to boo their hero.

Roy Hobbs said: “I tried to show my discontent, but my vocal chords wouldn’t allow me. All I could do was emit this strained mewling sound.

“The team is in free fall, the players have lost belief, the tactics are all wrong – Ranieri has to go, but dear God I love him more than any other human on Earth.

“Even if Ranieri leads us down to the Conference I still won’t be able to boo him any more than I’ll be able to remove my tattoo or tell my son he’s not called Claudio.”

At Leicester’s FA Cup replay against Derby, fans had planned to unveil a ‘Ranieri Out’ banner, but the supporter in charge of painting it could not help putting ‘Ranieri Outstanding’.

Claudio Ranieri said: “After winning the title I have the freedom of Leicester and I’m taking that literally.

“If I choose to disband the club and replace it with a ballet company the fans have no choice but to turn up to Swan Lake.”