Won't somebody think of the licence payers? plead abuse victims

CHILD abuse survivors have urged the public to not to forget BBC licence fee payers.

Roy Hobbs, who was systematically abused at a care home, expressed concern that media attention was being focused on victims like him, with too little emphasis on the need for better communication between BBC managerial tiers.

Hobbs said: “We are forgetting that we are dealing with a tragedy of human resources that stretches from one end of the BBC to the other. It’s affected millions of viewing experiences.

“If only everyone at the corporation knew who their line manager was and they had weekly structured feedback sessions.

“It’s easy to lose perspective though. I’ve been so engrossed by this whole BBC thing that I actually forgot I was abused.”

Social worker Carolyn Ryan said: “At this stage, it’s hard to tell what damage could have been done to BBC license payers.

“It’s not impossible that their enjoyment of Strictly could be forever tainted.

“We should do away with the BBC and bring back the News Of The World, by public subscription.”

Dickensian Christmas ghosts get no reaction from gas executive 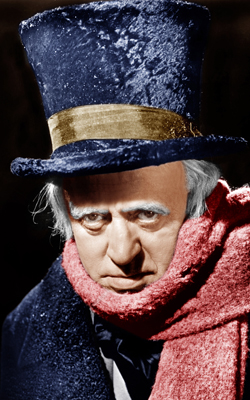 THREE Christmas ghosts visited gas executive Tom Logan to show him the error of his ways, but he didn’t give a shit.

As Britain’s gas companies began their annual round of price hikes just in time for the perishing cold of winter, three apparitions appeared in the bedroom of materially-wealthy, spiritually-poor utilities boss Tom Logan.

The Ghost of Christmas Present said: “I took Logan on a journey through the ice-clad streets of London, peering into the window of a poor family huddled around a brazier where they were burning the parents’ wedding photos for heat.

“He simply muttered something about ‘dwindling North Sea reserves’ and ‘the need to stay competitive’.”

The Ghost of Christmas Yet to Come said: “I took Logan to a funeral the following year, where the same family wept as the body of their bandy-legged son Little Martin was lowered into the ground. They couldn’t afford a coffin so they’d just chipped the thick ice in which he froze to death into a vague rectangular shape.

“Logan was like, ‘Can we get on with this because I’ve got a conference call about how we can make some more lovely money?'”

The Ghost of Christmas Past said: “I couldn’t really do much because it turns out he had always been a callous bastard.”

Tom Logan said: “These ghosts simply don’t understand the tough business conditions in which we have to operate.

“Now if you don’t mind, I’m about to eat a massive swan, in a big warm room all on my own.”