Young Unemployed To Be Trained As Daytime TV Monitors

GRADUATES and school leavers are to be paid to monitor television between the hours of Trisha and Home & Away in a government bid to cut unemployment.

The government has created one million sofa-based televisual interface broadcast apprenticeships with duties including turning the television on and off, looking at it, and trying to name the guest stars in Murder, She Wrote.

Psychology graduate, Paul Robson, said: "I'm learning some really interesting things, like how at any given time at least one of the channels is showing footage of a baby chimp being inoculated.

"However it does all start to blur into one. I was watching The Professionals yesterday and I started hallucinating that Bodie was trying to sell a pottery dog he'd found at a car boot sale to Angela Lansbury."

He added: "I can also recite every debt consolidation and car insurance comparison advert off by heart, which does feel a little bit like having a shard of evil lodged in your heart."

A department for employment and learning spokesperson said: "This is a vitally important role. Daytime TV could break at any minute, leaving millions of viewers stranded in the best bit of Trash to Cash.

"In such an event, the apprentices will contact us immediately so we can get the telly people to put up the picture of the girl with the blackboard and the clown while they make it work again."

Apprentice Wayne Hayes, from Doncaster, said: "We're supposed to call them if the telly stops working, but I'm not sure if I can be arsed. I'll probably just put the Wii on or fiddle with my privates for a couple of hours." 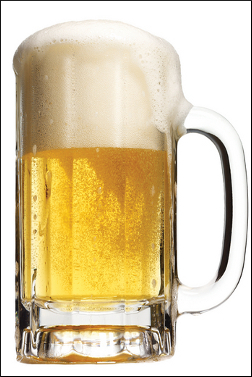 PRESIDENT Obama staged an awkward beer conference with a policeman and an angry professor last night, amid growing concerns he might not be very good at this.

The live drinking session with Professor Henry Gates, Sgt Jim Crowely and vice-president Joe Biden was watched by all those Americans who have not yet been forced to sell their televisions to pay for healthcare.

Following Sgt Crowley's controversial arrest of the black professor, the president and his senior advisers have been locked in meetings deciding what beer to serve and whether to serve it in glasses or bottles.

But across the country, Americans with actual lives said they were experiencing the early symptoms of having made a terrible mistake.

"That said, I was hoping he would spend a bit more time focusing on the fact that I don't have a job and that there are still lots of insane muslims who want to kill me."

But Lyle McAllister, from Tennessee, said: "I think the president was right. That police officer was stoopid. Ah wouldn't have arrested that niggra. Ah'd a killed the uppity sum-bitch."

After the meeting the president said it was important for the commander-in-chief to become intimately involved in any incident where two people got a bit upset.

He added: "Today I learned that an Hispanic woman in Boise, Idaho was given the wrong change at Wal-Mart. The cashier is obviously a moron and our supermarkets are still living in the 1950s.

"I would like to invite the short-changed woman, the cashier and Tom Hanks to join me at the White House for a beverage to be determined by a presidential commission headed by Neil Armstrong."

A White House spokesman said: "Let's not forget the president has kick-started a debate about race. Admittedly it's a stupid debate with lots of shouting and thinly-veiled death threats, but this is America."