THE army has developed new weapons exploiting the food intolerances of enemy soldiers.

Allergy warfare could see entire armies dropping their guns and fumbling for their EpiPens without a shot being fired.

Military scientist Dr Helen Archer said: “Peanuts, sesame seeds, soya  every single one of them can send a soldier into anaphylaxis.

Carpet-bomb troops with a chemical agent containing traces of nuts, or even prepared in a facility where nuts have been, and theyre rolling around with their faces swelling up, all thought of resistance abandoned.

Theres no property damage, and for civilians without allergies it has no more effect than the unpleasantness of a really strong peanut fart.

The effectiveness of the weapons is limited because most soldiers are working class and therefore dont have allergies, but will definitely be able to take out university-educated officers.

Sgt Stephen Malley, one of the test subjects, said: You cant imagine how petrifying it is to see gallons of milk hurtling towards you when you know itll really bring out your eczema.

This is the new face of war, and it is terrible. 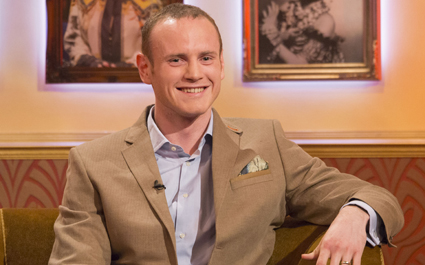 DESPITE a headache and some odd facial bruises, George Groves is excited about his super-middleweight title fight against Carl Froch.

Groves, 26, believes he is the clear favourite in the fight at Wembley Stadium last Saturday: “I’ve been waiting for this fight for as long as I can remember, which actually doesn’t seem to be all that long.

“Usually I’d be sparring right now rather than lying completely still and taking regular pills, but I trust the man I presume to be my trainer.

“I’m in the shape of my life except for this vice-like pressure in my head and these odd dreams where I’m dicking around on top of a London bus.

“Whichever one of Groves or Froch I’m not is getting knocked out.”