BRITAINS historical battle re-enactors have volunteered their services for the forthcoming Crimean war.

Men fascinated by military history and dressing up fancy are eager to recreate Britains victory in the 1853 conflict by taking on the Russian army.

Bank manager Roy Hobbs said: Were incredibly excited about fighting the Russians with nothing but our replica smoothbore muskets.

Our troops are fully mobilised for the Crimea, by which I mean our wives have ironed our Redcoat uniforms, made us packed lunches and informed the Ministry of Defence weve got Easyjet tickets on standby.

Well hire a minibus to take us from Sevastopol airport to the battlefield, then march slowly in a line towards the enemy positions full of tense Russian soldiers armed with AK-47s while shouting Death to the Tsar!

Once weve defeated them like we did in 1856 well probably all go to the pub. They say war is hell, but in my experience its also a really good day out.

However, some strategists questioned the military wisdom of pitting untrained and over excited history buffs up against professional soldiers in an advanced state of battle-readiness.

Hobbss wife Fiona said: They should at least take the fake cannon they made for the Battle of Naseby which blows a puff of smoke out of the end. That might scare the Russians a bit.

Still, it cant be any worse than when they did the Charge of the Light Brigade. That was a total disaster, thanks to all the rain.

One in five using A&E as a car boot sale 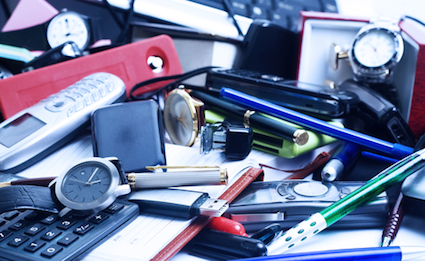 ONE in five people admitted to accident and emergency units are setting up a stall and selling second hand goods.

Most A&E units across the UK have at least eight stalls in operation at any one time, selling broken electrical appliances, rubber sex toys and VHS videos about cage fighting.

Martin Bishop, who runs a stall at Peterborough General, said: “I come in complaining about a stomach ache or ‘nose weirdness’ and then, after the nurse has had a quick look, I nip out to the carpark and get my folding table and my big bin bag full of shit.

“Because everyone is incredibly drunk they think they’re millionaires. A couple of weeks ago I sold a broken waffle maker for sixty quid because some guy thought it was an Arsenal supporter and he wanted to ‘prove a point’.

“He wound up leaving it behind and I sold it to him again last Friday.”