EGGS are terrifying for the first time in more than 20 years, it has been confirmed.

As murderous, highly trained German eggs began their unrelenting march towards the English Channel, the government cancelled all leave for the British Egg Police and raised the egg alert to amber for the first time since Edwina Currie invented salmonella in 1988.

The threat was first detected on Tuesday via ‘intelligence chatter’ when MI6 overheard a suspected egg farmer near Dusseldorf complaining about an unusual stench in his effluent backwash distributor.

Sources say the farmer then passed instructions to fellow egg production cells across Germany and urged them to send the stinky batch to Britain as quickly as possible.

The Home Office said some big trucks with eggs on them may already be in the country and if members of the public spot an egg, or something they think might be an egg, they should start screaming hysterically until they receive an official letter telling them to stop.

Home secretary Theresa May said: “Most of this country’s egg production is now unfortunately infected with salmonella. Oh it’s not? Oh I see. I’m very sorry. Does this mean John Major will stop trying to have sex with me over a desk? I do hope so.”

It is believed the extremist eggs are being transported in a liquid form and may already have been mixed with other liquified eggs in a facility that looks like an oil refinery in an industrial estate on the outskirts of Rotterdam before being used to make delicious free-range mayonnaise.

But a spokesman for UK mayonnaise giant, Dollop, said: “I don’t know why they claimed this stuff was coming over here. We make Dollop in the rustic kitchen of a big farmhouse surrounded by acres of lush green fields filled with happy little chickens with names like Sally and Agnes. 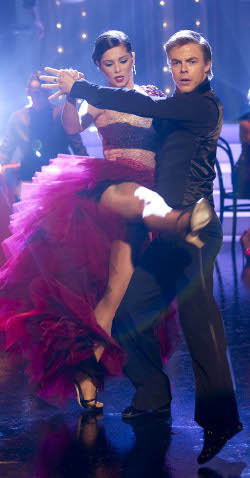 CHERYL Cole and Captain Steve Zodiac of Fireball XL-5 have been all over each in South Africa.

The pop icon was spotted in a series of steamy clinches with the puppet at their luxury hotel, and had to be professionally removed by one of his team of operators after becoming entangled in the strings.

A fellow holidaymaker said: “They were at each other like horses. She was caressing his varnished chest while he repeatedly tapped her buttock by moving his arm in a sort of swinging motion.

“It looked like the real thing to me. The pair seemed completely oblivious to the other guests, and also the team of six men on a portable scaffold controlling the puppet’s movements with considerable dexterity.

“I have to say Steve is very handsome in the flesh, or whatever material he’s constructed of, and also I imagine very collectible. Particularly if Cheryl’s kept his original packaging.”

Another onlooker said: “They looked just like any other couple in love, except she had to smother him in Cuprinol before he could go in the pool.”

It has also emerged that hotel staff were summoned to the couple’s room at 3am after Steve’s head became locked in a backwards-facing position.

One staff member: “It took four of us to yank it back around, god knows what they’d been up to.

“Personally I think the puppet’s more suited to manipulating a pretend spaceship than a pretend singer.”