PEOPLE from continental Europe have the most dreadful taste in music, experts said last night.

Dismissing claims the Eurovision Song Contest had been fixed, the Institute for Studies said Europeans would not know a quality pop song if it hit them across the face with a kettle.

Researcher Dr Wayne Hayes said: "It is tempting to believe it's a stitch-up, but the truth is they love this stuff, even though it makes us want to set fire to our own heads.

"The absolute worst thing we could do is improve the quality of our entry. It would be seen as the most terrible insult."

He added: "The fact is we won Eurovision with the likes of Bucks Fizz and the Brotherhood of Man, both of whom should have been put to death the moment they stepped off the stage.

"And it's not just the contest. In Europe someone like Chris De Burgh is celebrated, but if he showed his face on a British street he'd be hanging upside down from a lamppost with a bullet-sized hole in his forehead."

But Nato Supreme Commander General Henry Brubaker brushed aside the institute's claims, insisting the contest had clearly been hijacked by communists.

"The only thing these people understand is force. If the free world is to have any hope of regaining the Eurovision crown we will need an upbeat, well-crafted pop standard, backed by a carrier group and the constant threat of devastating air strikes." 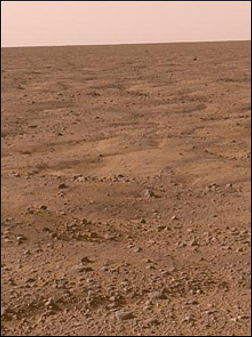 The Phoenix Lander touched down shortly before midnight GMT, unfurled its solar panels and urged the prime minister to act in the best interests of the Labour Party and the country.

Tom Logan, of the Nasa Jet Propulsion Laboratory, said: "The soil sample data is telling us that while the case for Martian life is inconclusive, Labour is definitely up shit creek as long is Brown is in charge."

Logan said the probe was asked to send additional evidence and a few seconds later the screens in mission control were filled with a grainy image of former Tory prime minister John Major.

The lander last night insisted it was not a 'stalking horse' and had no ambitions to move into Number 10.

"But all of us, including the lander, should be getting on with the job and now is not the time for space probes to be calling for a change in leadership."

He added: "Don't I remind you a little bit of Tony Blair?"