WE’VE got bloody lasers and everything now, the Royal Navy said last night.

The Ministry of Defence signed a contract for the Raytheon surface-to-air laser after senior ofifcers tried one at the Farnborough air show and said it was totally brilliant.

Admiral Sir Roy Hobbs said: “Brigadier Hayes got well longer on it than I did but I was all like ‘Pyow! Pyow! Pyow!â€ and the unmanned plane just went ‘ba-BOOOSH!’ and there was fire everywhere.

“I’m getting six of them. One for the Navy, one for my pal Geoff and four for me. I’m going to have one in my bedroom, one on my bike and two on my mum’s car. ”

A Raytheon spokesman said: “The deployment of solid state laser technology reflects not only the need for innovation in a changing battle environment but also means you get to hold something that is just totally cool as fuck.

“I got to fire one at a melon. It was amazing.”

Hobbs said he was keen to install the Raytheons in the fleet immediately, but has conceded that engineers must make sure all the parts have arrived first and that they need to be painted and left to dry before assembly.

He added: “As soon as they’re fitted I’m going to sail to Afghanistan and I’ll be all waiting for an enemy plane to fly overhead.

“And the American officers will be like ‘Let’s fire rockets at it’ and I’ll just zap it with my laser and they’ll be all like ‘what the fuck?’ and I’ll be like ‘have you not got one?'”

Cameron To Lobby Obama For New Series Of 'Dallas' 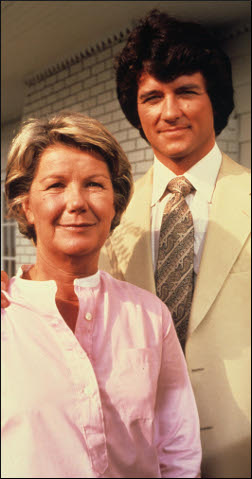 DAVID Cameron will today ask President Obama if there is any chance he could bring back Dallas.

As he embarks on his first official trip to Washington, the prime minister said Britain and the US had to be ‘realistic’ about the special relationship and what it could achieve on behalf of television viewers in both countries.

As the two men meet in the Oval Office, a new series of Dallas, the possibility of a Friends movie and the American version of The Office will join Afghanistan, BP and the release of the Lockerbie bomber on the list of things that neither of them can do anything about.

Writing in the Wall Street Journal, Mr Cameron insisted: “If there was to be a new series of Dallas Britain could exert a positive influence to ensure there were plenty of scenes involving JR and Cliff Barnes, rather than Sue Ellen’s drunken quivering or a repeat of the Patrick Duffy bathroom resurrection debacle.”

He added: “We need to stop obsessing about our relationship with America and accept that they now make better television programmes than us. They may not have a David Attenborough, but we do not have a Stargate Bananaverse, a Desperate Old Tarts or a Crime Scene: Navy Crime.”

A White House spokesman said that while a new Dallas was always on the table, President Obama wanted reassurances from Mr Cameron that he would act against any British television programme that causes massive environmental damage on US soil.

He added: “After Little Britain USA we did have the USS Nimitz parked off Anglesey for a couple of weeks. And all we can say about our version of Life in Mars in comparison to yours is that at least ours wasn’t over-rated.”

A British Embassy source in Washington said: “The Bush presidency gave Britain a golden opportunity to lobby for the return of Dallas, but all Tony Blair wanted to talk about was oil companies and Jesus, while Gordon Brown just sat there staring at the wall.”