Bizarre email reply actually answers question 'How are you?'

A STRANGE and frightening email reply actually includes a response to the original’s opening question, ‘How are you?’

Sales manager Tom Booker opened an email to Wayne Hayes with the traditional pleasantry but instead of it being ignored received a full, frank and unwanted response.

He said: “At first I wasn’t sure what I was reading, I thought I’d opened someone’s diary or something.

“Then I realised Wayne was actually telling me how he was. He wrote about how his knee had been playing him up and how he was feeling tired because the baby had been up in the night but otherwise okay?

“What am I meant to do with that information? I was just trying to soften the blow of asking him when his reports are coming over, and he thinks I’m genuine?”

Booker has admitted that he plans to avoid Wayne from now on in case an innocuous question triggers yet another outpouring of personal information.

He added: “I’m afraid to even say ‘Alright Wayne?’ in case I’m told about his issues with premature ejaculation. The man’s a freak.” 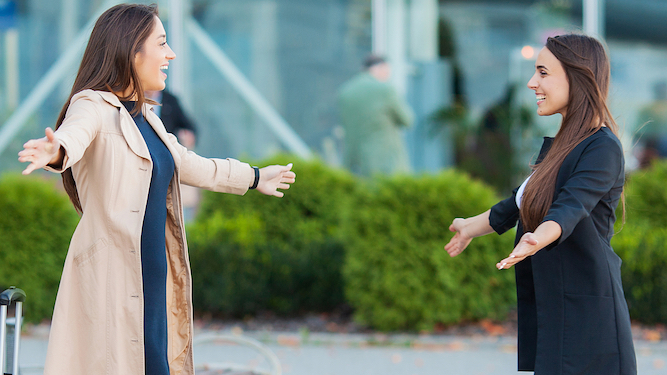 AWKWARD continental-style hugs and kisses are a social minefield. Here’s how to get them really wrong:

Hug for too long

Whether hugger or huggee you can unsettle the other party by creepily prolonging the hug, implying you desperately need any form of human contact and will happily stand there for 20 minutes.

If male, make your body as concave as it needs to be to avoid physically touching a woman’s breasts even though they’re buried under several layers of clothing. Your weird attempt to avoid being pervy will send out the message that you have previously been fired for sexual harassment.

Kiss on the lips

If someone attempts to air kiss you, go into panic mode and do what comes most naturally: a kiss on the lips. A great relationship could start this way, but only in Richard Curtis films. In reality the other person will go on to warn everyone about you.

Like dogs, erections tend not to be entirely rational. Awkward enough if you’re hugging a female colleague, but far worse if you and a fellow man accidentally ‘cross swords’. Or ’bump cocks’.

Make a joke of it

If you’re uncomfortable with hugs and air kisses, it’s tempting to defuse the situation by going ‘Mwah! Mwah!’ as you pretend to kiss someone’s cheeks. However they might be genuinely pleased to see you and now you’ve mocked them for it.

Totally misjudge the velocity of the hug and plant the nut. Nothing says ‘professional’ like assaulting a work colleague as if it’s 2am outside a Southend kebab shop.