AN entire floor of staff was unable to work for close to an hour because of the presence of a colleague’s birthday cake, they have admitted.

The chocolate fondant cake, placed in plain view in the office kitchen, halted all productivity while employees strategised how to be best placed for its unveiling.

Account executive Sue Traherne said: “It’s a Mexican stand-off in here. We may look like we’re typing but every single person is in a cat-like state of readiness.

“Officially I’m writing a presentation, but all I’m thinking of is how fast I’ll need to move once the plates are out and the casual way I’ll remark ‘Oh, there’s cake is there?’

“I tried to concentrate, but the pie charts became slices of cake before my very eyes. There’s no room to relax. If I’m distracted by work for even a second I’ll be left with the shame of a dry corner slice.”

Cake-buyer Stephen Malley said: “It’s the greatest birthday gift there is watching them squirm every time I walk past the kitchen and clear my throat as if to announce there’s cake in there.

“It’s not even that nice a cake. But everyone knows that’s not the point.”

Older siblings great because they catch all the sh*t 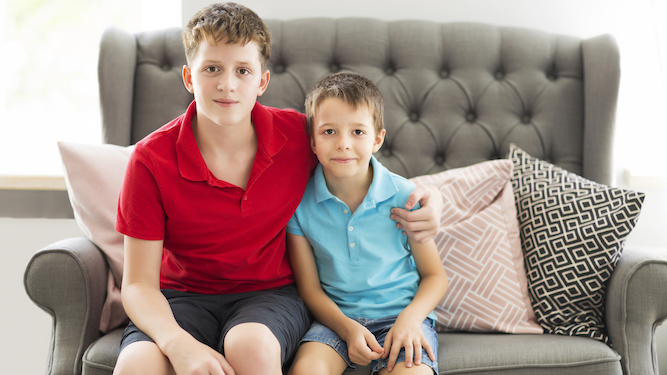 OLDER brothers and sisters are great because they break all the rules and catch all the sh*t and you get away scot-free, younger siblings have confirmed.

All outrage at academic underachievement, underage drinking and bringing bad boyfriends home is largely gone by the time the next kid gets around to it, meaning they get mildly reprimanded at worst.

Nathan Muir of Colchester said: “My sister’s first proper boyfriend wasn’t even allowed to sleep under our roof. The rows were massive and, for me as a blameless 14-year-old, deeply enjoyable.

“But by the time I was doing it my mum was already exhausted from three years of battles so I could bring home any skank I wanted. I was having one-night stands at sixth-form.”

Carolyn Ryan agreed: “My brother basically dropped out of university to do drugs. There were fights and groundings and one time all his stuff got put in bin bags in the garage. I helped.

“So when I got caught with an eighth of weed all I got was a tired talk about ‘being sensible’ and I could carry on my small-scale dealing without consequence. Thanks, Dave. Wherever you are.”