A GROUP of colleagues in their first real-life meeting in 18 months are all struggling not to press mute and call each other wankers.

After more than a year of freely hurling abuse at co-workers with their mouths covered and mute on, the group are now repressing the instinct to call everyone twats like they usually do.

Thomas Logan in IT said: “Mike from sales started up with his usual bullshit about disrupting the decision tree so I touched my screen and began to say ‘Shut the f**k up, tosser’ as I customarily do.

“Thankfully I managed to stop before the F-word and was drowned out by at least three other colleagues beginning their habitual abuse. We all stared at our computers a lot after that.”

Regional manager Eleanor Shaw said: “Now I get what triggering means. When Janice said ‘I’ll ping you all later’, when Chris the MD says ‘going forward’ for the 14th time, when Richard says ‘let’s diarise that as an action’. My abuse reflex was so triggered.

“I had to leave the room and yell ‘f**k the lot of you’ in the toilets. Which is inefficient and a strong argument against office working in itself.”

Mike Bishop of sales said: “I had to deliver a whole presentation without once saying ‘what the f**k is up with your tie’ to Tom. It had frogs on. Frogs.” 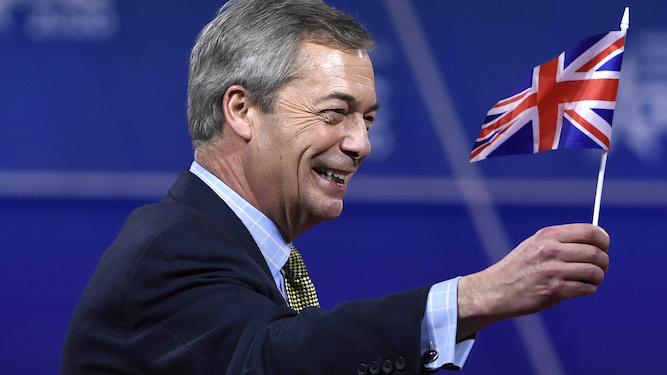 THE bodiless demon the earthly plane knows as ‘Nigel Farage’ has proclaimed that GB News will be a fine vessel for him until he burns it out.

Moloch, who humanity calls Farage and was sent from the inferno to prey on human weakness and set brother against brother until Britain is ruled by his Satanic master, believes the newly leaderless GB News can sustain his evil for at least a decade.

He said: “A whole national TV channel, just for the antics of me and my minions? Mr Neil, you are too kind.

“I’ve been without a suitable vessel since UKIP collapsed into a heap of damned souls a few years ago. The Brexit Party was nothing but a shambling corpse, reanimated by hate. The Reform Party was if anything worse.

“But this GB News, beaming my message of discord and opposition straight into homes? Perfect. I never cared about getting elected anyway. I only wanted to corrupt those who did.

“Bad luck, Andrew. You weren’t the first to be conned into facilitating the rise of right-wing fascism. You won’t be the last.