Everyone in office meeting has their arms folded

EVERYONE at an office meeting has their arms folded and is refusing to meet anyone else’s eye, it has emerged.

The meeting, an open forum about office wellness, was attended exclusively by people who did not want to be there, refused to engage and were waiting for it to be over.

Communications manager Martin Bishop said: “I can’t claim to be a body language expert, but it seemed negative.

“Young and old, man and woman, every ethnicity, we all had folded arms and tight lips as the woman from HR encouraged us to share any concerns we might have which would be later held against us.

“Some of us were pretending to be resolute, others to be keen to get back to work, Shaun hadn’t ironed his shirt and Jenny said she was genuinely freezing, but either way it was a fortress of good, honest, British stonewalling. Well done everyone.”

Boss Joanna Kramer said: “Every meeting would be like that, if they didn’t have to reach for biscuits.”

Women attracted to men who are good at pool, think men playing pool 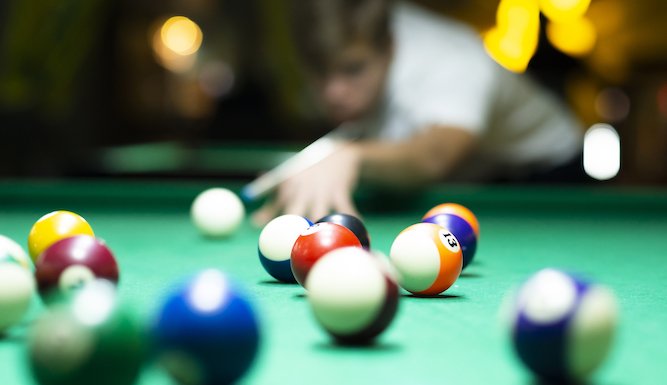 A GROUP of men playing pool in a pub have agreed that all attractive women present would definitely only consider shagging the winner.

The players believe the rule is as inviolable as putting your 50p on the side of the table to indicate it is your turn next, despite having never consulted with any women about it.

Steven Malley, a member of the pub’s official pool team, said: “Stands to reason. They’re not going to be interested in a bloke who screws it off the side cushion and pots their opponent’s ball, are they?

“Like chivalry, being a demon on the pool table is a lost art. That’s where I have the edge over other men. Ladies want someone who appreciates the importance of backspin.

“They don’t like to look like they’re watching, instead doing things like ‘going on their phones’ or ‘talking to friends’, but believe me, they’re missing nothing. And they are hot.”

Pubgoer Helen Archer said: “He kept asking if I wanted to play pool. When I agreed, he took his cue out of its case and referred to it as ‘she’.

“I’m going to do a runner halfway through and leave him hanging for the rest of his miserable, sexless life.”