A MAN who everyone assumed was lying about his “passion for telemarketing” has a genuine love of the shitty, time-wasting career.

Martin Bishop’s bosses at Telelink Solutions assumed he was just saying the right things in the interview for the cold-calling job, but now fear he may be evil.

Bishop said: “I love everything about telemarketing – the little headset, the soulless office, annoying hundreds of people a day with my ‘Have you had an accident recently?’ bullshit.

“I particularly enjoy being persistent when they’re clearly not interested. For me every second of their time I waste is a glorious victory.

“The best calls are when you make a confused elderly person all agitated and frightened. If one of their children is visiting and tells me to fuck off I just think ‘Job well done!’.

“Am I a bit strange? I don’t think so. I’ve got lots of perfectly normal hobbies like cutting the wings off bees and burning them to death with lighter fluid.”

Bishop’s boss Mary Fisher said: “I assumed Martin’s ‘passion for telemarketing’ was a lie but it’s not. He’s actually described it as ‘better than sex’ so now I try to avoid touching anything on his desk.

“He does work hard though.We’re not sure whether to give him a pay rise or have him sectioned under the Mental Health Act.” 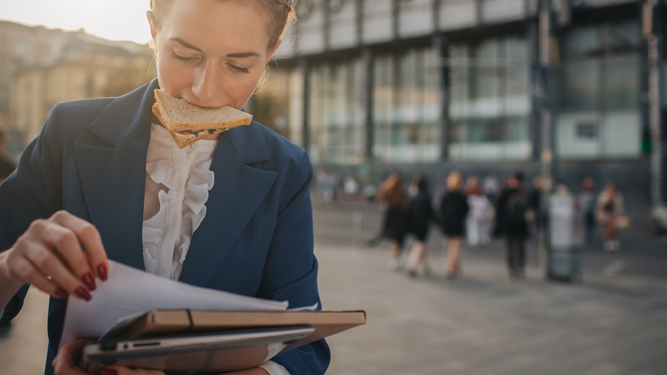 A WOMAN who works long hours, never sees her friends and worries about her job constantly thinks she is doing very well at life, she has confirmed.

Francesca Johnson works as an area sales manager for a high street fashion brand, a job she takes incredibly seriously despite the fact that it doesn’t really matter and one day she will be dead.

Johnson said: “I get up at 5.30am and go to the gym, then eat a yoghurt at my desk whilst stressing out pointlessly over the latest sales figures for two-tone belted midi dresses.

“After that I look at spreadsheets and drink a shitload of coffee until I’ve got a splitting headache. I get home about 8.30pm, eat some Super Noodles because I’m too knackered to cook and then spend a few minutes checking Facebook before bed.

“There are always loads of pictures of my friends out enjoying themselves, but they can’t be achieving much if they’ve got all that time for just dicking about.

“I expect I’ll die early from a stress-induced heart attack but that will just prove how incredibly demanding and important my life has been.”