How to fill your working day with pointless messy drama

IS your working environment calm, serene and productive? Bollocks to that. Add panic and stress to everyone’s working day with these tips:

In a position that’s really stupendously unimportant? Make yourself universally loathed by setting up a formal process for everything from dentist visits to replacing  a laptop cable. No, you can’t grant that request because it isn’t in writing from your line manager. It’s not you, it’s the process.

Get in a flap about minor things

You asked everyone not to modify cells A-H of the Excel budget spreadsheet, but someone’s edited it. Phone your busiest boss, then call a meeting about it, then schedule individual refresher training sessions on editing the spreadsheet reinforcing that no-one should do it ever, unless they are a) you or b) God.

Freak out about anything senior management asks

Someone Important wants an update? By when? In what format? You solemnly vow not to sleep or let any inch of the calendar go unused until spiral-bound colour print-outs are delivered to everyone involved. Even if it’s just that head-of-finance knob asking about purchase orders.

With a little bit of effort you can convey panic via emphatic use of all three alarm-inducing tactics: exclamation marks, capital letters and bold font. Mark everything urgent for good measure. If you can find some bizarre Outlook setting that also turns the message preview red, you can retire happy.

Never have a chat when a meeting will do. In particular, insist that 20 people need to attend something pointless about budgets from 4pm to 5pm on a Friday. After that it’s time to sit back, take a breath and enjoy the heady risk of burnout.

Driving a 4x4 through floods: how climate change will affect the middle classes 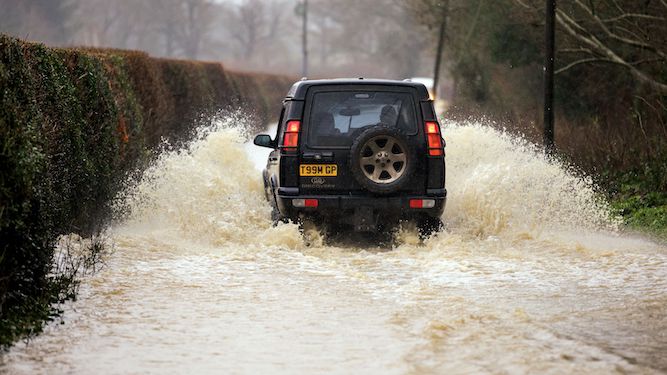 THE climate crisis is here, it’s happening, and it’s harder on the middle-classes than anyone because they’ve so much more to lose. Here’s how:

Only three foreign holidays a year

When you’re accustomed to skiing in February, Sicily in summer and a cheeky October break because you deserve it, this is real hardship. It’s the economies of Provence and Tuscany who’ll really suffer from your moronic family not swinging through taking a passing interest at their cultural offerings.

You’ve only just relocated to the countryside and now there’s all this dreadful flooding you just can’t get through in the Honda Civic, so you’ve really got no choice but to upgrade to something a little more rugged. But they should still be banned for city-dwellers.

Technically you don’t need both the Ford C-Max and the Land Rover, but you can’t choose between them. That would be like deciding who’s the best of your amazingly talented children. Instead you’ll continue to run both while explaining to anyone who’ll listen that you feel terrible about it.

An overabundance of olives

Rocketing temperatures mean we’ll be able to grow olives in the UK and the market will be flooded. Before long people who watch Love Island unironically will be struggling to enjoy them just like you, so you’ll be forced to find a twatty new food that makes you feel special.

In a few years the slopes of the Pyrenees will be covered not in snow but the ashes of burning forests, so switch up. Think creatively and get into ashboarding wearing hugely expensive garish fireproof clothing that you can comfortably afford and your superiority can survive this crisis.

Fewer opportunities to show off

How are you meant to rub everyone’s face in your holiday home’s infinity pool when it’s engulfed by wildfires? Even a self-deprecating caption like ‘not a bad place to watch the world burn’ won’t polish that turd. Think about joining Extinction Rebellion right now. Take it over, in fact. Because now it’s about you.