WANT a new profession? Here are five extremely specialised jobs that twats seem to think you can just have a bash at:

Photography was formerly the pursuit of a true artist, requiring years of study and darkroom training. Now, anyone with a iPhone and a laptop thinks they’re Rankin. Yes, you did take some nice moody snaps of the Norwegian fjords on holiday, but that’s largely down to the anti-shake setting and a Photoshop filter.

The sourdough trend and Bake-Off have drawn an entire generation of ham-fisted pricks towards baking and patisserie. Unfortunately they have the losing combination of enthusiasm, ambition and no skill whatsoever, resulting in flat, rock solid monstrosities. However, that doesn’t stop them buying a loaf from the bakery and popping it on Instagram claiming it as their own.

When at a clueless crossroads in your own life, why not pivot into a job where you can lecture people on their own fuck ups? Sure, some people train for years in psychology and psychotherapy, but that’s just a waste of time and money when you can pay some chancer two hundred quid for a series of Zoom lectures and a photocopied certificate.

The route from yoga fanatic to yoga instructor is wide open for any bellend with too much time on their hands and £25 to print some wanky leaflets. ‘Divine Enlightenment Yoga with Faye’ sounds great in principle, but your new students might be disappointed when they find you running it in a smelly back room at the local leisure centre rather than an off-grid forest yurt.

Apparently everyone has a book in them, but they’re largely derivative, badly-written shit rather than works of incredible literary merit. However, don’t let that stop you from wasting hours of your life sitting pensively at your MacBook waiting for inspiration to strike. If you do manage to churn out enough words to fill a book, self-publish on Amazon and force your poor friends to buy it.

Britain's full of British wankers: the problem with staycations 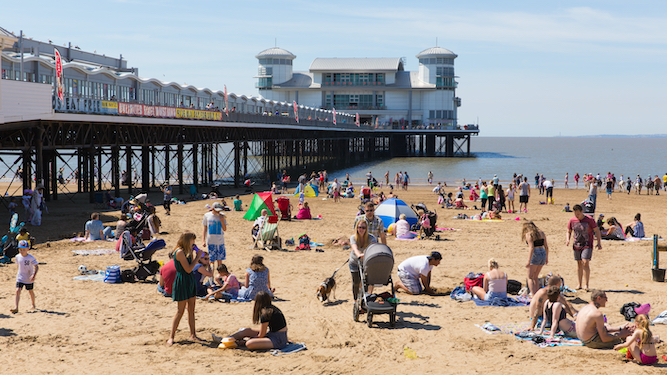 A RECORD number of people have holidayed at home this year, thanks to Covid. Here’s why they hated it:

There were British wankers everywhere

One of the benefits of a foreign holiday is getting away from the completely f**king awful British public. Not on a staycation. No, you might have found a Fanta Lemon to sip peacefully on a British beach but two metres away are an extremely loud family of eight from Preston, a Scottish pensioner in Speedos and a billion feral seagulls.

It cost more than the Seychelles

With accommodation laying dormant for over a year, you could forgive owners for nudging their prices up a bit. But, instead, they decided to utterly take the piss. Smash the piggybank, cash in those shares and remortgage: it now costs more for a B&B in Torquay than a luxury hotel on an exotic archipelago in the Indian Ocean.

If, like a normal person, you left it to the last second to book your break, you’ll have discovered everywhere good got snapped up 12 months ago. But it’s the summer holidays. You will not be defeated. You have to get away. Even if it means an entire fortnight exploring the majestic wonders of Hull.

You understand exactly what you’re spending

On proper holidays you’re never quite sure what things cost. Sadly there’s no exciting foreign currency you can spend like Monopoly money over here, no krona or pesos or dollars, just pounds and pence. So you know what that round of ice creams just cost you and it was sixteen bloody quid.

You can’t show anyone your blue passport

One side effect of a UK holiday is that, disappointingly, you won’t be able to show anyone your fancy new blue passport. Meaning it’ll be next summer before many Brexiters can slap it down on the desk at passport control with a twinkle in their eye that says ‘We’ve got our country back’, before pissing off somewhere nicer.