Like everyone else, I didn’t know where to look during Madonna’s recent concert in Turkey, when she pulled down her bra and flopped one out for the crowd. Pelvic floor exercises should be conducted in private

Flagrant disregard for health and safety notwithstanding, her actions have resurrected the age-old question of how old a nipple has to be before it is euthanised.

Now, I don’t want to be the one to break it to Madonna that no one wants to see her udders any more. I, of all people, can understand how easy it is to get swept up in the excitement of such a heady event. When you’re centre stage, music blaring, blood pumping, crowd baying, surrounded by nubile youths and controversial religious ephemera – it’s difficult not to unleash the beasts. Which is why the haters came out in force at my niece’s First Communion last week. Every member of my extended family threw coins until I climbed back down off the altar, and Father o’ Shea wouldn’t stop screaming and spritzing me with holy water until I was covered in third degree burns.

But I wonder how differently this would have played out had I been a little younger, say, Charlotte Church or Suri Cruise. How can it be okay for them to do it but not me or Madonna?

The truth is people don’t want to think about the unstoppable influx of naked old women. One of the best things about me is that I am brutally honest and never mince my words. I’m completely frank about all those age-related body issues which dare not speak their names. Don’t deny it ladies: you’ve all been there – locked in the bathroom frantically scrubbing at Chris Packham’s naughty hedgehog, trying to wipe away its bitter tears before your husband comes home. And is there one of us left whose man hasn’t accidentally brought up our browsing history to reveal desperate online searches for a South East Asian miracle cream which slows the spread of leper nibbles along the length of the pelican sprout?

It’s sad that Madonna and I are pushed to such dangerous extremes by society and I’m sure she too has been called into the NatWest for a little chat about a series of four figure online payments to Sumatran orangutan dealers. But I fear she’s really going to have to admit defeat and buy a beach sarong – before she turns her entire audience gay. 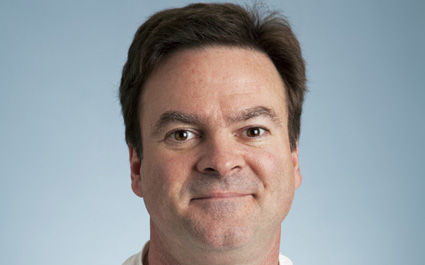 MICROSOFT has launched a new tablet for desperately uncool people who do mundane, everyday things.

A Microsoft spokesman said: “iPads are fine if you’re the type who likes to sit in trendy bars, sipping so-called ‘lattes’  and eating ‘paninis’ – whatever they might be – while yapping on about ‘chillwave’ music to another idiot in tight trousers.

“However if you resent those people, don’t care about clothes and like word processing, spread sheets and making checklists of real ale pubs, this machine is for you.

The spokesman added: “It follows in a proud tradition of machines that are less cool than their counterparts – Betamax video recorders, ZX Spectrums and Blackberry phones – but don’t give a shit.”