DAVID Cameron has been assessed as ‘fit for work’ despite claims of crippling back pain.

The prime minister has hit out at assessment agency ATOS, claiming that his phenomenally bad back has made running the country ‘impossible’.

Cameron described how the constant nagging pain had left him unable to relax, stalk deer or grease up and bend over for lobbyists.

He said: “How can I possibly negotiate energy exports with Vladimir Putin when I can’t even get the saddle on, let alone get down on all fours like a good horsey?

And less than 24 hours after Im diagnosed the Obamas have got Nick Clegg drinking from my water dish and sleeping in my basket, almost like I never existed.

“On a more positive note, I’ve discovered they have old Keith Floyd cookery programmes on telly in the day.”

An ATOS spokesman said: David Cameron was strapped to a gurney, only able to answer questions with tiny eye movements and communicated that he was in unbearable pain before soiling himself catastrophically.

“According to both government ‘recommendations’, we rated him fully fit for heavy physical work as a dockside stevedore, Zumba instructor or, at a push, prime minister.

And besides, weve got video footage of him refereeing a polo match for a cash-in-hand payment last weekend.

People who don't buy a house will never be happy 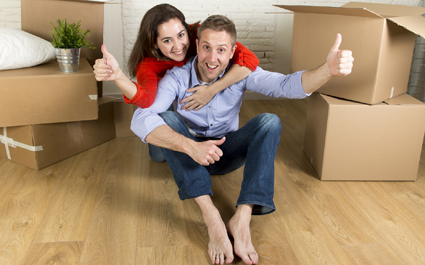 ANYONE who can’t get a mortgage may as well kill themselves, according to a new survey.

According to new government statistics, anyone still renting their home past the age of about 39 is going to die alone and unloved, in the knowledge that they have failed on the most fundamental level.

“Every day I’m selling houses to confident, fertile young couples who are going to make all the rooms delightful and then fill them with happy, obedient children.

“Eventually they will buy another, larger house. Their friends will come over for high quality food and wine, and they will discuss each others’ houses.

“Obviously their social group won’t include people who rent. What would they talk about? How the landlord has consistently failed to fix their broken cooker because he doesn’t consider them fully human?

“Not to be unkind, but you don’t really want renters in your house because the stench of abject failure really gets in the back of your throat.”

36-year-old Emma Bradford said: “I’d never worried that much about buying a house. We rent a flat, which means getting to live in a place and be broke, same as if we’d bought it.

“But as I grow older and more mentally vulnerable, I realise I was wrong. I do hope the bank or government will lend us more money than we could ever hope to pay back.

“Then we will be happy, because happiness is not being different.”