PUPILS should be encouraged to read Judy Blume’s classic teen novels about tender sexual awakenings, according to Michael Gove.

“It’s so well written that when I first read Forever I actually felt I was a teenage girl, nervously touching a boy’s erect penis for the first time.

“The main character, Katherine, is in the middle of her senior year at high school, with all the social pressure that entails.

“However the fatal twist comes when Katherine meets another, older, boy while doing a summer job and thus the stage is set for a classic love triangle.

“The male lead, coincidentally also called Michael, calls his member Ralph which incidentally inspired my own name for my reproductive organ.

“The book really stayed with me and I still re-read the best bits to this day. The rest of the Blume canon is good too, especially Are You There God? It’s Me, Margaret and Then Again, Maybe I Won’t.

Royal family grudgingly arrives for yet more of this bullshit 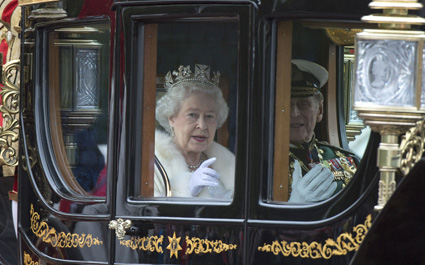 ROYALS have grudgingly arrived at Westminster Abbey for yet another tedious family event.

Prince Andrew muttered under his breath: “It’s like every frigging day I have to go to a massive church.”

Prince Edward replied: “I’m not going to another one this year, I’ve told them. Boundaries, you have to set boundaries.”

Other members of the royal family then nodded wearily as Prince Andrew mumbled something about “it’ll be that bloody baby next.”