English vaginas are the best in the world, says Farage

The UKIP leader visited a Strasbourg strip club on a vagina fact-finding mission.

He concluded that foreign vaginas are all well and good, but they lack the strong redoubtable character of the classic English ‘fanny’.

Farage said: “During the course of the evening I was able to compare ladies’ undercarriages of various nationalities.

“There was even a woman called ‘Deluxe’ who said she was from ‘wherever I wanted her to be from’ which frankly made no sense.

“I have to say, the vaginas on display that night were overall not nearly as well-engineered as the English labia I encountered at similar establishments back when I was working in the City.

“Also the foreign drinks are far too strong. They can make you do things you wouldn’t normally, like getting on a girl’s leg and saying ‘I’m a bad bulldog’.”

Farage added that he was ‘less okay’ with foreign penises: “I’ve never seen it myself but apparently Bulgarians have two penises.

“And Germans have a fingernail instead of a bell end.”

Arts Council to focus on pornography 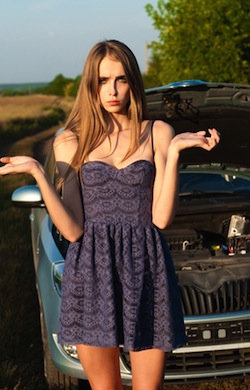 FUNDING for the arts will be targeted at the highly profitable market for hard-core erotica.

Culture secretary Maria Miller stressed that subsidy for the arts must be based on sound economics and called for more publicly-funded close-ups of intercoursing genitalia.

She said: “Taxpayers need to know their money is not being frittered away on a weird statue, or a short film about an old man who used to do a thing.

“Who wants to watch that – apart from some hipster arsehole with too much time on his hands?”

She added: “I spoke to people in the pornographic cinema industry and they told me they were all very rich indeed. They assured me that films about two, or more, people having hard, crazy sex were cheap to produce and more popular than cheese.”

Suggesting that subsidised British pornography could be at the ‘quality end of the spectrum’, Miller said: “Emmanuelle 2 was very tasteful with some lovely cinematography. It wasn’t just some slap-dash fuck-fest.”

A spokesman for the Arts Council said: “Perhaps in the background we could have someone holding up a painting by a young British artist?”

She added: “It sounds filthy, doesn’t it?”