Kanye West could be next twat president

IT IS now a strong possibility that rapper and colossal twat Kanye West will become president of the US, experts believe.

West has so much in common with current president Donald Trump that voters would actually feel reassured having another mightily deluded bellend in charge.

“Kanye’s already immersed in celebrity culture thanks to Kim Kardashian, and he’s highly skilled at writing gibberish on Twitter. What is ‘dragon energy’ anyway? How do you even think of garbage like that?

“We’ve made a reality TV halfwit president and he’s not even unpopular, so this is clearly America’s future. And if you’re electing a twat, few people match up to Kanye.

“Also the appeal of Kanye crosses party lines. Half of America is united in contempt for him, so the other half will vote for him just to piss them off, like Trump.

You’re not having any more phones, clumsy little bastards told 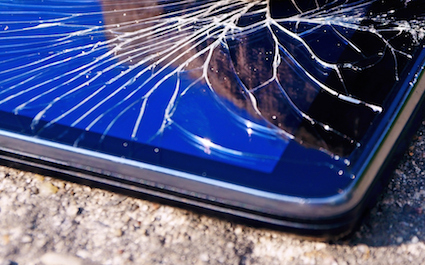 CHILDREN who keep losing their phones will have to make do with traditional communication methods such as letters, parents have decided.

Parents Richard and Emma Muir are taking the radical backward step after their children appeared to believe it was normal to lose or break a fucking expensive piece of cutting-edge technology.

Emma said: “Our 13-year-old Nathan lost his iPhone yet again, so we got him a calligraphy set complete with a quill. That’ll teach him to piss away our money every few months.

“He’s learning an interesting skill and it’s hilarious watching him try to fathom out how an envelope works.”

The ‘no phones’ idea is now becoming the latest parenting trend, with mum Sandra Hollis forcing her daughter Nikki to use a 25-year-old Dell PC with a dial-up internet connection.

Hollis said: “The first time she heard the dial-up screeching she ran away crying and saying it was ‘full of ghosts’. Now she keeps complaining the touch screen doesn’t work.”

Emma Muir concluded: “If Nathan manages to lose or break his writing set there’ll be bloody trouble. And by that I mean he’ll have to learn semaphore.”